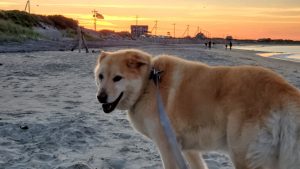 I’m very behind in my writing this week. It’s school vacation week and I’m extremely busy – but not for the reason you might think. It’s not that our kids are around taking up all my time. No, they have a different school vacation than the public schools, so they are still in school.

Instead, I have a house full of dog boarders. With so many families gone away on vacation, they need someone to take care of their dogs. I’m that someone. We’ve passed our busiest month ever (last August) and it is still the shoulder season. The summer vacation time is usually the busiest.

I keep raising rates, but it seems like that only makes me more desirable. Or maybe it’s that I’m still below the most expensive person by about 20% while having almost as many positive reviews as she does.

It sounds like a terrific situation. In a lot of ways it is. In one important way, it isn’t.

Let’s say that boarding one dog is one unit of work. You feed it, give it walks, pick up after it, etc. Two dogs are like 2.5 units of work. You have to feed them separately so they don’t fight or eat others’ food. That requires a little coordination. Three dogs are 4.25 units of work because now you have to do separate feedings at different times. Each dog you have also makes the little things in life a little more difficult. Dogs quickly learn that I am the source of food, so they follow me everywhere. It’s not a big deal with one or two, but 5 or 6 following you everywhere can make it difficult just to walk.

When it rains, the unit of work doubles. The effective living space for the dogs is cut in half without a nice sunny, dry yard. Instead, we deal with muddy paws everywhere.

In short, each dog creates exponentially more work. You’d want it to be at least linear. For example, if I were a landscaper or a cleaning service, adding another client is adding one more unit of work. One client doesn’t interact with another in the same way as dog boarding. I feel like sharing the same limited resource such as living space is another reason why dog boarding doesn’t scale. However, landscapers have limited resources like equipment.

Some of the best businesses scale logarithmically. I was amazed by eBay’s business in the early 2000s. They just connect millions of buyers and sellers with very little human interaction (on their part). They build and maintain the software and it does most of the work. They rarely need a human to come in and settle a dispute.

So Why Dog Boarding?

The short answer is that the money is good right now. Many people are still catching up on a couple of years of missed travel. When they were stuck at home they got dogs. The supply of dog boarders is low compared to the demand of dog owners.

A business generating profits is nothing to sneeze at. It may not scale as much as I would like, but I can invest the profit and make that scale for me. Also, I’m able to do other work while boarding dogs. Although, as you may be able to tell, I’m not able to do my best work.

I have some flexibility in shuttling the kids to school and soccer. However, that’s becoming more difficult lately as I’ve started to get a steady stream of daycare visits. The drop-off and pick-up times that people need are when I’m generally least available. I’ve been raising rates on that service to discourage people from signing up for it, but so far it hasn’t slowed down anyone yet.