I’ve written before about how to Save Money with Yard Sales. I decided it’s about time to put my money with my fingers were typing (“money where you mouth is” doesn’t translate nearly as well as in blogging). With few exceptions most of the following things in the two pictures below were bought second-hand. Other major savings were due to Amazon Friday Sales

The room I’m going to show off is our living room. When we moved a few months ago, my wife saw this area and thought it would be an ideal place to entertain a few guests while enjoying a nice bottle of wine. That’s exactly what we set out to do.

Let’s start with the first picture:
[When looking at these pictures, it is worth noting that things could be more tidy. (Note to my wife: Honey, I tried to make things look as presentable as possible.)] 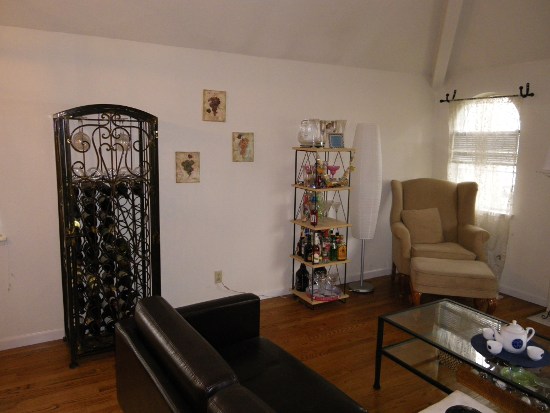 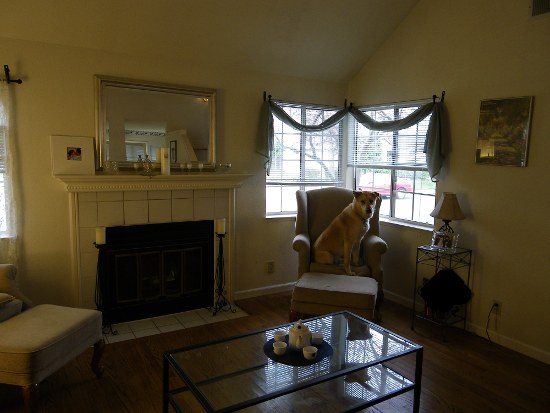 There are a few things in the second photo that I didn’t address. Many of them are things that my wife had for a long time (the tea set, the curtains, the painting reprint, the stand with the lamp). The things on the stand are wedding gifts with the exception of the lamp which was also a cheap Target purchase (I’d estimate at under $15).

I suppose it’s not one of those lavish rooms that you on the HGTV, but we think it gets the job done at a price that doesn’t break the bank.