“I just realized something, something that really never occurred to me before. We’re gonna win.” – Buffy the Vampire Slayer (Chosen) 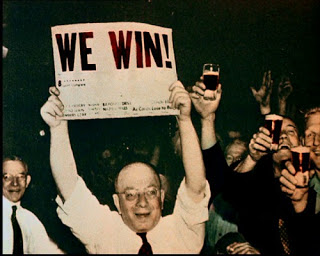 Today’s article would have been published earlier, but there was a bit of an unexpected delay. Today is known as Victory or VJ Day in Rhode Island. Rhode Island seems to be the only place that has it as a holiday, which left me a little surprised that there was no day care for my youngest son this morning. VJ Day commemorates the Allies’ victory over Japan during World War II. It’s hard to celebrate it considering the tremendous loss of life, but it’s undeniably an important place in American history.

I’ve been writing about MLM Scams for 8 or 9 years now. I’ve had thousands of conversations in the comments of the articles I’ve written.

I’m unofficially declaring today Victory Day over MLM Scams. Why today? Well, let me take you on a journey.

I wrote about that very briefly and it got more than 6000 comments, so I ended up writing this new article summarizing the information that readers had brought to my attention.

Readers started asking about other MLMs and I looked into them. As Homeland Security has trademarked, “If you see something, say something.” I saw something, so I wrote about it.

MLM and Pyramid Schemes are a “Thing”

My original article didn’t mention anything about pyramid schemes, because I understood them to be illegal. Obviously, MLMs couldn’t possibly be such things because it doesn’t make sense they’d be allowed to exist. I saw some sites like Pyramid Scheme Alert that seemed to write about MLMs and I secretly figured that Robert FitzPatrick guy must be some kind of kook. Again, we shouldn’t need to alert people to illegal pyramid schemes, right?

Around the same time, I noticed that Dr. Jon Taylor had a website MLM The Truth, which covered MLMs in detail. (He would later write this awesome eBook Multi-level Marketing Unmasked you can download for free.

Eventually someone pointed me to the FTC guidelines on MLM and pyramid schemes and it started to become clear to me that there could be pyramid schemes running in the wild calling themselves “MLM.”

However, for some reason, mainstream media missed it. Even when they covered a MLM company, there’s rarely a warning about pyramid schemes. For example, Newsweek covered MonaVie a few months after I did. It brought up many, many signs of it being a pyramid scheme as well as health claims from the salespeople that seem to break FDA laws… but it didn’t really blow the whistle. It didn’t take it to the FTC and get their opinion or anything like that.

An Herbalife Earnings Conference Changes Everything in MLM

In May, 2012, Greenlight Capital President David Einhorn asked a few very pointed questions about Herbalife:
Pyramid Scheme Questions Cause Herbalife to Lose 3 Billion Dollars. He dropped the subject, but 7 months later Billionaire investor Bill Ackman had picked up the ball. (Maybe I’m wrongly giving Einhorn credit for sparking the fire and it was Ackman on his own who leaked it to Einhorn months before.)

Ackman and his Pershing Square investing company put together the best presentations on an MLM that I’ve seen. If memory serves it was around 300 slides, zeroing in on the fraud. He put up a billion dollars and bet that Herbalife was indeed a pyramid scheme.

This got Wall Street involved… and the media found itself catching up on the MLM/pyramid scheme controversy. CNBC did a great job of explaining the issues in its Selling the American Dream 20-minute segment on Herbalife.

That CNBC video contained a conversation with former Chief of Consumer Protection at the FTC, David Vladeck that I found amazing. It essentially admitted that the FTC only acts when enough consumers complain. However, in MLM, people are fed the false line “that the only factor in your failure is you” (or something similar to that). People rarely complain, especially because it might get their friend who recruited them into trouble. Finally, they presume that the FTC would shut down a pyramid scheme if it was illegal… long before they got involved.

This lead me to write: Now We Can’t Trust the FTC to Protect Consumers? in March of 2013.

Truth In Advertising Takes the Baton and Runs with It

In 2015, the FTC shut down Vemma for being an alleged pyramid scheme. In the press release it had thanked Truth In Advertising for the help.

I’m only slightly bitter that the FTC never contacted me though I had written about Vemma’s scam more than 2 years before. Maybe I burned the bridge by being mad that the FTC couldn’t be trusted. If so, I’m happy to bury the hatchet as I now understand, thanks to Bloomberg, that the FTC Can’t Put an End to Pyramid Schemes. (Hint: It’s really, really time-consuming and expensive for them to do it for just one single company… and not the kind of thing that scales for the estimated 1200 companies out there.)

Truth in Advertising has very much made its mission to fill the gap where the government agencies fail. As their FAQ says:

“Though we share the same goal as many government agencies regulating consumer affairs, we realize those agencies can only do so much. They can draft rules and guidelines, but enforcement, if it happens at all, is often too little, too late.”

While Truth in Advertising covers much more than MLM, it has started keeping a list of MLMs that it has covered or plans to cover.

To the best of my knowledge, Truth in Advertising seems to be the only organization categorizing and reporting specific MLM scams. They’ve got the MLM’s and FTC’s attention as they have lawyers on staff working on this.

This is a big change from the past. There are still a lot of great resources like Ethan Vanderbuilt, Behind MLM, and Timeless Vie. I will even through my own research into the mix.

So Why Am I Claiming Victory?

It started with the FTC shutting down Vemma. While they worked out a deal to let Vemma start operations back up, Vemma had to agree to be regulated. I haven’t heard much other than it appears Vemma has been losing money ever since.

Or maybe it started with with the FTC shutting down Fortune Hi-Tech Marketing in 2013, but Vemma was a big one as it was growing out of control.

The FTC finally acted against Herbalife, which had the NY Times asking Why is this company still allowed in business? However, they had to agree to similar restrictions to Vemma (by my understanding) and thus I expect things to go the same way.

I covered Yevo before it even started. I had one source tell me that they were visited by the FTC (I was hoping to find a second source, but have not yet), which prompted them to drastically change the compensation plan. They’ve since shut down do to a “lack of success”.

Detroit Free Press reported earlier this year that ViSalus had big layoffs, while they fight being sued for being an alleged pyramid scheme. Since they’ve taken the company private it’s hard to see how much it has collapsed, but this gives you an idea:

It’s almost impossible to cover all these things. I was literally writing Is ZeekRewards a Scam? back in 2013 when I got an email from a reader that the SEC shut them down. A jury recently found the the founder guilty of fraud where people appear to have lost hundreds of millions of dollars.

A lot of this stuff has just started to happen in the last couple of years. In fact, new information on MLMs seem to be coming out every week.

A couple of weeks it was Yevo’s closure. Last week it was news that Jeunesse was the latest to be alleged to be a pyramid scheme. A few weeks before that, Youngevity got put under the microscope. That was right around the time that Harvard doctor at Brigham and Woman’s wrote about Youngevity and their CEO, “What we don’t need is yet another charlatan selling snake oil.”

With all this going on, I’m not surprised that Dr. William Keep has written this enlightening articleMLM Industry Acts Like It’s In Crisis, highlighting how they are turning to lobbying the government change the rules for pyramid schemes. It’s not likely to go anywhere as that attempt has received incredible criticism from many, many consumer advocates.

Update (8/9/2016) – I just keep finding new sources who specifically call the MLM industry a scam. Here’s a CNBC video of Fichthorn funding a movie to independently tell the story of Herbalife. Keep in mind that his comments are about “the industry”:

And that’s why I’m declaring victory on MLM scams. The good people with power seem to watching and acting… and more of them are getting on-board every day.

What about MonaVie that got the whole thing rolling on this blog? In 2015, the billion-dollar company was foreclosed upon for $15 million.

A couple of years ago, I was a finalist for the Plutus Lifetime Achievement Award and ran into the buzz-saw of a NY Times best-selling author and a good friend who sold his blog for millions.

My dream is to become the Susan Lucci of the Plutus Awards. You can help make that dream a reality by clicking this link or the button below and filling out the simple form. 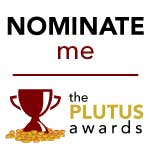 The above article, like all published by me on Lazy Man and Money, are my opinion. My use of the word “scam” maybe different than yours as I believe “scam” to mean different things to different people who live in different places. Readers are encouraged to use their own resources and make up their own minds rather than rely on my opinion. The information above, as in all articles that I have ever written on Lazy Man and Money, is correct and accurate to the best of my knowledge. If a reader finds anything they believe is incorrect, they are encouraged to use the comments and/or contact form, to inform me and other readers so appropriate correction can be made if necessary.