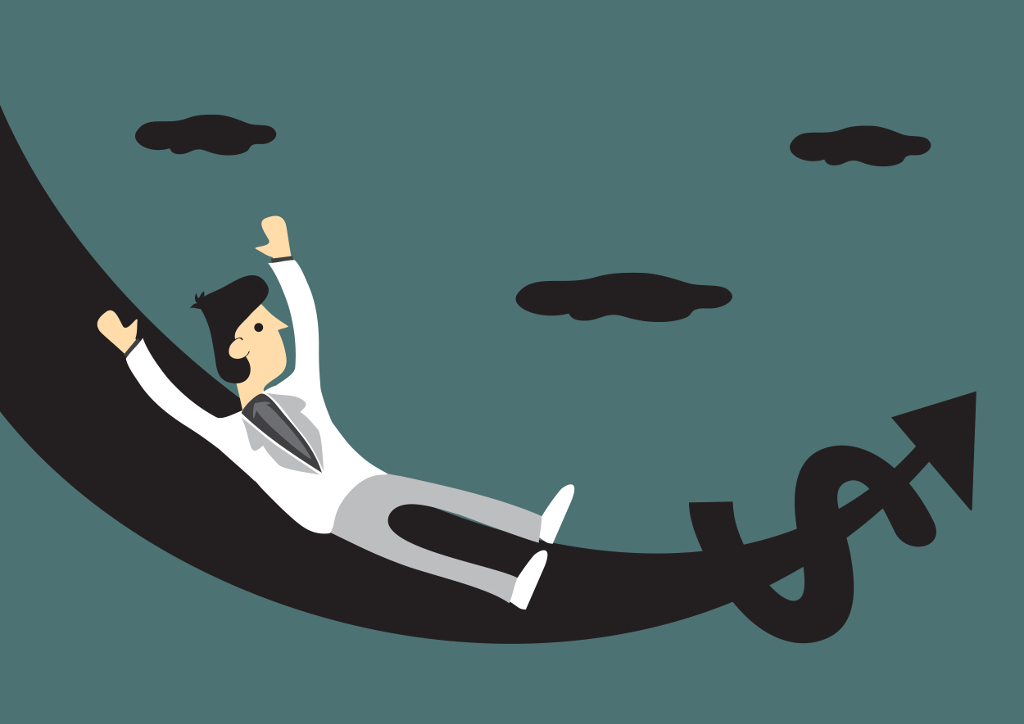 We’re into week two of our “summer hole”, the 2-week void where the kids’ school is over and summer camps haven’t started yet. In the last 2.5 days, I’ve had a kids’ hospital appointment in a different state, 3 meal/parties at my college 20th reunion, a visit with my mom, helped my wife host her work friends for 2 more meals, fought off a cold, played competitive tag against a dozen 5-year olds, and packed for our next trip that starts in a few hours.

While the family will slow down on that trip, we are booked fairly solid until the 18th. That’s a very long of way of saying that I’m going to try to best to get some blog posts in, but the odds are against it.

Enough about me, let’s talk money!

It looks like the Vanguard Total Stock Market Index (VTI) is nearing a new all-time high. My retirement accounts have never been higher. (Sorry “me talk” again.) It’s completely possible that the market continues to go up, but this bull market can’t last forever, right?

Just like everyone else, I don’t know when it’s going to end, but I’ve started to be more cautious in my investments. For most of my life I’ve been 100% invested in aggressive growth equities. I’m holding more cash and bonds than I ever had. That’s still only 10% of my portfolio, but I might grow that. I’m also overweighted on international stocks that haven’t had exactly the same run-up as the US stock market. Vanguard’s Emerging Market’s ETF (VWO) is 12% off its highs, which could be considered a bargain in this market.

Consider VWO a bonus to the eight stocks, I’m going to mention below. I’ve had them all on my Google Spreadsheet watch list for some reason or another. It’s not like I ran a stock screener to find these stocks (but that might be a good way to start). Most of them in that “off 15-20%” from their highs. That, in my opinion, indicates there’s some room for these to go up. They are also somewhat near their lows, which may be a sign of them being cheap.

With the exception of Colgate’s $55 billion market capitalization, these stocks are all household names with $120 billion market caps or more. They all have a long history of real earnings and weathering numerous recessions.

I still believe in buying and holding index funds. However, I am finding that many index funds are very tech heavy with Apple, Microsoft, Google, Amazon all valued twice of the companies here. Facebook dwarfs many of the companies here as well. For the most part, they don’t pay strong dividends and they are almost all at their highs. If the bull market ends, I think these tech stocks will be the hardest hit.

I might be in the minority, but I don’t mind speculating a little bit on big names at low prices during this bull market.