Here’s another article from regular contributor Kosmo. Once again he’s saving my bacon as I’ve been struggling with a lot of things. (Aren’t we all?) I’m hoping to get a fresh article of my own tomorrow.

As many of you know, I have recently begun collecting stamps, primarily those of New Zealand.  One of the more interesting aspects of collections is deciding what to collect.  Some stamp collectors have a very broad collection – collecting any stamp from any country.  Others are much more narrow – perhaps collecting almost unnoticeable variations of just a few stamp designs. 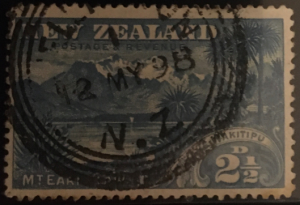 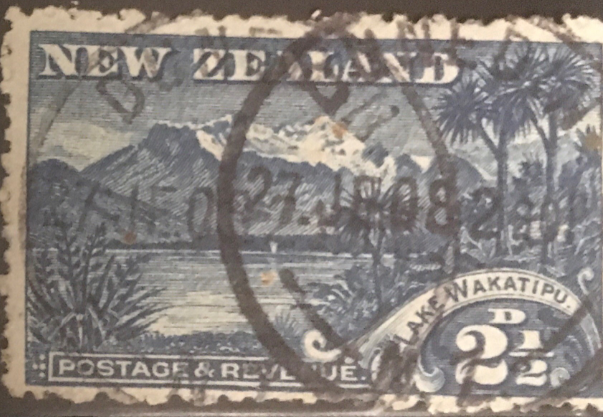 One recent purchase made me think more about exactly what is worth collecting and what is not.  The stamp was a 2 1/2 pence stamp issued by New Zealand in 1898 (the stamps on the left).  It features Lake Wakatipu.  Unfortunately, in the lower right corner, the stamp says “Lake Wakitipu”.  The error was caught and corrected quickly (with the stamp on the right).  Normally, that would cause the error to be quite scarce.

But people wanted the error stamp.  Demand was strong enough that the postal authorities kept printing the stamp and had to limit how many could be purchased.  People bought the stamps and tucked them safely away.  No doubt the postal authorities were pleased – when a post office sells a stamp that doesn’t get used, it’s almost pure profit for the post office.  Those stamps are probably worth a fortune, right?

Well, no.  The fact that people were immediately purchasing them and collecting them means that there is sufficient supply on the market.  The postally used stamp is actually the more valuable stamp, because few people “wasted” them by using them to mail a letter.  This is the opposite of normal stamp pricing, where the mint copy is worth more.

I know what you’re thinking.  Can’t you just pop the stamp on an envelope, have it get canceled, and make an immediate profit?  Unfortunately no.  The premium for the postally used stamp is only for stamps that were postally used during the relevant time – what is known as a contemporary postmark.  In the case of my stamp, it was postmarked in Wellington on May 12, 1898 (if you’re a postmark nerd, it’s a G class cancellation).  That’s shortly after release, and clearly qualifies as a contemporary cancellation.  If the postmark was in 1908, it would not command the same premium.

Aside from stamps, you can collect envelopes (known in the hobby as “covers”) or even postmarks.  I recently nabbed a lot on eBay.  None of the stamps were particularly interesting.  In fact, half of them were the exact same stamp (one penny 1882 Queen Victoria sideface).  That doesn’t mean they were identical, though.  Not only were there a few different configurations (strips of two of three stamps), and imperfect perforations, but there were also a variety of postmarks, including some partials of the 1900 Wellington Flag cancellation – a very wide postmark that doesn’t fit on a single stamp.  Those partial flag cancellations were the main reason I bought the lot.

Another choice some collectors make is to collect the stamps on their inbound mail.  I’ve been fortunate enough to buy stamps from sellers in about a dozen different countries.  Some (awesome) sellers make a bit of a game of it, plastering their envelopes with older, lower-denomination stamps.  The main reason they do this is because you can typically buy modern unused postage at a discount – sometimes as much as 35-40%.  Once again, this is because some collectors hoarded unused stamps in hopes that they would increase in value.  Unfortunately, so many people did this that there’s a glut of these available.  If you have a relatively small number, you can just use them on your own postage.  But if you have thousands, you’ll have to sell – and there just isn’t much demand.

How do you save the stamps?  Put them in warm water for about ten minutes, pushing the stamp below the surface.  I use an old sour cream container for this purpose.  After about ten minutes, the stamp will slide right off the paper.  Rinse off the back to remove any remaining gum residue.  To get them really dry – and to prevent curling – put them between two paper towels, put a bunch of books on top of them, and wait 24 hours.

The scourge of the hobby are the self-adhesive stamps that became popular in the 90s.  You really can’t soak them to remove the gum.  To make it worse, some countries add anti-soaking aspects that basically ruin the stamp if you try to soak it.  They’re not trying to be mean to collectors – they’re just trying to prevent people from reusing stamps.  Luckily, I don’t collect many post-1970 stamps, so this isn’t a headache I worry about very much.

A general rule when it comes to collecting: if something is marketed as collectible, it probably won’t be.  The collectibles that tend to appreciate the most are the ones that were never intended to be collected.  When postage stamps were introduced in the 1840s, few people actively collected them – they simply wanted a mail letter.  Postmarks are even less intentional.  Many postmarks have value because it’s from a post office that only existed for a short period of time.  It’s scenarios like that – an organic limit on the supply – that tend to make something more valuable.

But the final rule is this: collect what you want to collect.  You may be able to squeeze a few bucks out of it in the end, but the true value is in the hours of entertainment the collection brings you.

The price of stamps goes up an entire penny on Monday. If you use a lot of stamps you may consider buying 100 of the Forever Stamps at $41. This will save $1 vs. buying them next week. I know a great many people that will consider this. Some of them will use 20 minutes of their and 80 cents of gas to save that dollar.

I just got back from the post office, I had some other errands to run. I asked the clerk if people were buying more Forever Stamps. She said that they were flying off the shelves. She said that everyone is trying to save a little money. I made a comment about how they’d likely earn more in interest if they put the money in a bank or CD. I don’t think the clerk realized why. In the end, she had more customers to take and I had to be on my way.

If you were thinking about running out to buy stamps, I’d think twice. Is it really worth the savings? I’d rather focus on something bigger. A couple of packages of Ramen noodles isn’t going to make my day.