I few weeks ago, a Tweet from a football player caught my attention. Actually, it caught the attention of nearly 100,000 people who liked it:

I wish schools would teach us the essentials to life. Budgeting, how to file taxes, process of buying homes, cooking, life decisions, investing, generational wealth, single to married, soon to be mom or dad, and credit.
These should be basic requirements before choosing a major

I couldn’t agree with Tyler Lockett more. Lockett lists 10 items on his wish list. Of those, 6 are personal finance topics. I’ll cover them in a minute, but first I’ll tackle the 4 that aren’t about money.

With those out of the way, let’s dig into the 6 personal finance topics:

I find it interesting that most of the “why didn’t they teach us this in school” is related to money. And it seems like many people agree it is really important.

So why isn’t personal finance taught in school? I don’t know. If you have the answer, let me know in the comments. 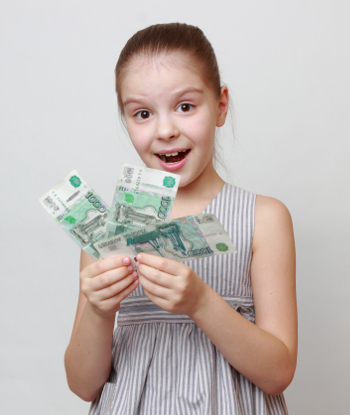 So many people say that kids are expensive. They certainly can be. However, sometimes they are not. It can run the whole spectrum.

Here are some of the things that we don’t spend much money on: clothes, toys, food (they don’t eat much, and they will only eat the cheapest, processed, most unhealthy foods).

Here are some of the things we spend a lot of money on: private school/day care, after school activities.

Today, I’d like to cover about some of the ways we saved money for back-to-school clothing shopping. Typically, I’d give my old standby, “Go to TJ Maxx and Marshalls.” It’s always served me well in the past.

1. Outlet Malls are Back in Style

This year we did something a little different. We found ourselves travelig near the Tanger Outlets in Lake Winnipesaukee in New Hampshire. I didn’t have very high hopes and thought it would be a waste of time, but I decided to humor my wife. Besides, with stores like Gymboree, there will definitely be some cheap clothes.

I hadn’t been outlet shopping in years, maybe even a decade. I used to love it around 2002, but it seemed that the stores caught on and made the deals a little worse and the quality of clothes a little worse.

Well, in my recent experience, the deals are back! Maybe it’s because retail clothing companies have run into difficult times?

My wife and I were tempted so much we ended up upgrading our own wardrobes as well as the kids. We picked up a mix of very frugal clothes (the aforementioned Gymboree) and some “special” clothes. Due to the private school, there’s a certain amount of “keeping up with the joneses” when it comes to clothing. When it’s time to wear more formal clothes, we won’t stick out like sore thumbs.

I think that Kohl’s is a strange store. It’s almost like they intentionally price some stuff at $30, just so they can put it at 60% off and sell it for what the real price should be. It’s probably not as bad as I make it out, but we had no problem finding tons of quality clothes on clearance.

The other weird thing about Kohl’s is that they allow you stack discount after discount. My wife has the credit card (the only store card I think we have) and got a mailing for an additional 30% off. Then there’s Kohl’s cash for spending so much money. I think we ended up getting around $300 worth of clothes for $100.

At this point, there’s an argument to be made that we didn’t really save much money at all. It’s very popular in for personal finance bloggers to say that the best way to save is to not spend the money in the first place. I don’t think we overbought considering we have two kids to outfit and could also get some summer clothes for next year.

My mother has always done a fantastic job combing the a second hand store in her town. Her ability to pick up any kind of clothing, even winter coats, for around $2 or less is one of the reasons why we have never really had to spend much on kids clothes.

The store hasn’t has as many deals as it has in the past, but my mother still had quite a pile of clothes in the closet. I know not everyone has a bargain-hunting grandmother. However, if you happen to have a store like this one and the time to drop-in, it can pay off.

4. That Neighbor Down the Street

I’m pretty friendly with my neighbors. That means that I give them a head-nod and half a wave every now and again. I’m exaggerating that part a bit, but most people tend to keep to themselves.

There’s a couple of neighbors who I talk with a little more… usually while our dogs are running around on the lawn. Earlier this year one of my neighbors offered their kids’ old blazers. I obviously said I’d take them, but it hadn’t come up again in months. Earlier this weekend, we found a present at our door, two blazers that appear as if they were worn only once.

I had originally intended to write this article to cover the outlet malls and Kohl’s as a way to get cheap clothes.

However, I felt like it was necessary to point out that we do have a couple of unique sources for cheap clothes that help out. You can consider them bonus ideas such as looking at second-hand stores yourself, or maybe even BEING the helpful neighbor paying it forward.

What are some of the ways you save money on clothes (either kids or your own)? Let me know in the comments.