How did everyone enjoy Amazon Prime Day? I feel pretty exhausted surfing through all the deals and then updating that article to share the deals with you. If you didn’t buy anything, congrats on saving the money. If you feel like you missed out on some deals, don’t worry, it seems like retailers are going to roll into early Black Friday sales. I ended up buying about 3 billion model/building/STEM kits for the kids. However, in the words of Daniel Tiger, “That was fun but now it’s done.”

Just because it’s time to move on from shopping, doesn’t mean that we can’t stick with the kids’ theme. Today is the very last day of all the tax extensions for 2019, so contributing to my kids’ Roth IRAs is fresh in my mind.

Most people don’t have Roth IRA for their kids. The tax law requires that the kids earn the income that they put into the Roth IRA. It can’t be a gift from a parent or grandparent. If you have a six and eight year-old like us, it’s hard to find paying jobs for them. We don’t have many coal mines here in Rhode Island and those pesky labor laws would spoil everything if we did.

Fortunately, we have a dog sitting business that is 5 years old. The kids have grown up with dogs and are old enough to help feed, let them out, play, pick up after them, etc. My 8-year-old even goes to summer camp at a local animal shelter. He comes back and shares tips that I have never heard of before. 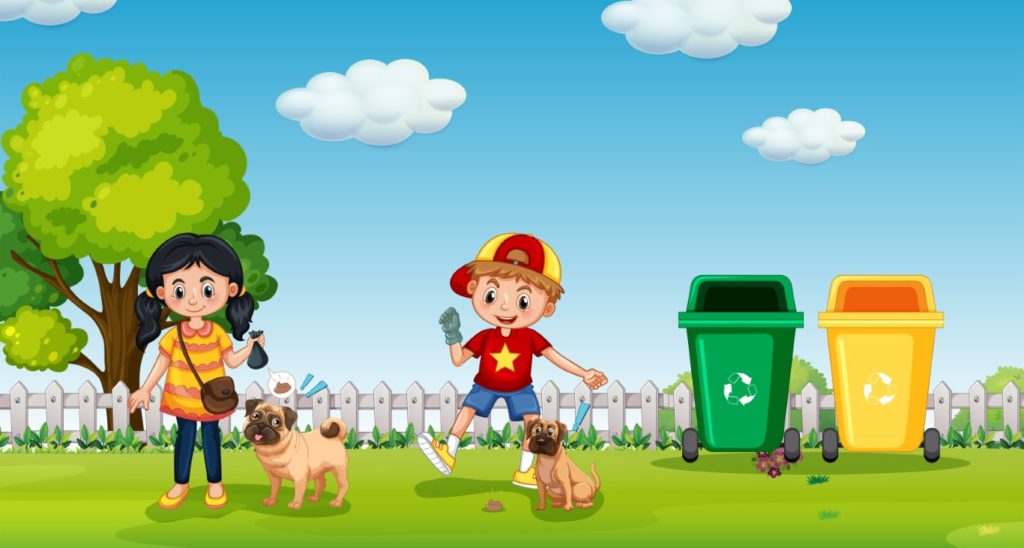 Your situation is probably different. Hopefully, you can still look for a way for your children to earn some income and take advantage of a Roth IRA. Maybe it’s easier to find earned income than it seems. For example, Saturday Night Live paid audience members $150 to watch a live show a couple of weeks ago.

The big benefit to a kid Roth IRA is that likely make so little that they pay no taxes. Since they can withdraw the money in a Roth IRA tax-free, they’ll never have to pay tax on that money. In many cases, it’s likely to grow for 55-60 years. That’s a lot of time for compound interest to work its magic.

With that all that said, here’s what I did for the kids’ investments this year:

I try not to pay the kids too much. I want to be reasonable and I don’t want the IRS coming after us. Last year, I paid them a very small part of the profits. They have grown up a lot in the last year though. My just-turned 8-year-old was invoicing me a couple of months ago for work done with the dogs. (His mom helped with this.) There are two competing things going on in 2020. We’re making less money from dog sitting because there’s little business due to lack of travel with COVID. However, they are able to do more.

I decided to give them a little bit of a raise. They are helping me with a blog post about money from a kid perspective, so can pay them for that market research as well. (The key here is that both of these businesses make money and pay taxes.)

Charles Schwab has an expression of “core and explore.” That means having strong core holdings and then explore with some of your other investments. I’ve been intuitively doing this for years. I did it yesterday when I bought the investments for the kids, but I didn’t learn that this philosophy had a name until today.

Explore – Last year, I explored with Exxon and Ford stocks. I liked that they paid high dividends. I had an idea that I could show how reinvesting the dividends grows. Everyone has a good idea until 2020 hits them in the face. These were terrible stocks to own with the COVID-19 situation. Ford eliminated its dividend completely. This year, I explored by buying more Exxon (dollar-cost averaging) while it is still paying a big dividend. We’ll get back to traveling someday and Exxon should recover. I also explored with all three cruise lines (Carnival, Royal Caribbean, and Norwegian) with at least a share of each.

I planned all these investments to add up to almost exactly the amount of buying power they had available. I want to have all of their money invested and very little of it in cash.

The result is that for now, they have a core total stock market ETF and small investments in cars, oil, and cruise lines. I hope those explorations will recover over at least the next 5 years. Because the account is with Fidelity no-cost commissions make it easy to diversify this way.

Overall, I’m nervous about the markets. I was afraid to buy in at these prices with many businesses still losing money. I didn’t want to sit on the sideline either, though. The exploring stocks have all lost so much that hopefully they simply can’t lose too much more if the market does go south again.