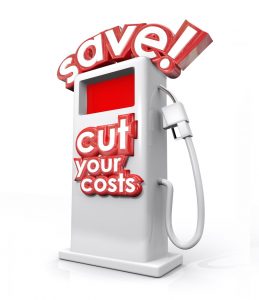 Everyone is talking about gas prices. People in my Nextdoor app are blaming it on pipelines and US political decisions. I want to explain that gas prices are high all over the world. No country has a magic pipeline that suddenly makes the cost of a barrel of oil to go from $110 to $55. Oil companies in the US produce oil as they see fit… they don’t ask political leaders for permission.

Today, I’ve got an article from 2008. That was a long time ago. Gas prices were through the roof. Oil reached around $180 a barrel. The spike that high was quick, but oil (and gas) prices still stayed above $120 a barrel for months.

Those greener alternatives are coming. When I wrote this article, I would be 7 years away from buying solar panels. Now I’ve had them for 7 years. Our next car will be an electric one. Until then, we still are looking at ways to save money on gas:

Be a More Efficient Driver

Get the Best Price on Gas

Don’t Drive as Much

Get Gas at the Right Time

Did I miss any gas-saving tips? Let me know in the comments.