Unfortunately, even though the calendar has a different year on it, we are still left with 2020 problems (or as my 7-year-old reminded me 2019 problems – because it is COVID-19). Hopefully, we can get shots in people’s arms while the weather gets better. The combination will hopefully make things much better by the start of summer.

If your household is anything like mine, cooking has taken a priority over the pandemic. Everyone seemed to explore making different types of bread and pastries. My wife has learned approximately 4,729 new Instant Pot recipes. With the kids home from school for much of the year, they took a home cooking class almost every day.

On the once-a-week grocery shops, I made a point to get some kind of treat that the kids liked – some candy, cookies, or a Hostess or Drakes food that they hadn’t had previously. I was substituting a brief sugar high and a smile for the missed playdates. Somehow some of those Hostess foods made it into my mouth. I don’t know how, but there’s an ongoing investigation into it.

All that has led to a “Pandemic 15” – the extra 15 pounds I’ve put on. I don’t know if it’s related to the “Freshman 15, but the unforgiving scale doesn’t care about the circumstances.

One of the most popular New Year’s resolutions is to lose weight. It is as good as time as any to come up with a plan to get healthier and shed those 15 pounds. With that in mind, I’m revisiting this diet that I designed a couple of years ago. I started it about a week ago and I’ve lost five pounds so far. Those were the first easy five, so we’ll have to see if it continues. I also haven’t been doing the extreme version of this diet that I’m laying out below, but picking 2 or 3 concepts each day. I find it much more manageable that way.

I know this may not be the personal finance article that you were looking for today, but maintaining a healthy weight may reduce the odds of expensive medical bills in the future. 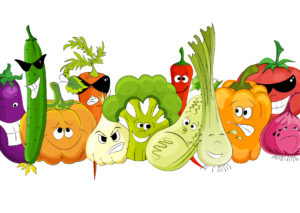 A couple of years ago, I had an epiphany. There are so many types of diets that people claim to work for different reasons. Why hasn’t anyone combined them into one super diet?

One reason is that this super diet would be extremely hard to stick to. That means it’s almost destined to fail. After all, many of the Biggest Loser contestants gain the weight back. It’s not a sustainable plan.

Keep in mind that this is simply one man’s opinion from reading a lot of stuff. I haven’t taken the time to cite all my sources. One of the benefits of blogging is that it allows me to organize my own thoughts, evolve them with feedback from others (hint: please comment!), and review them over time. I’m not a doctor or even a health professional, so all the necessary disclaimers there apply. Doing the extreme version (all these things) is completely untested, even by me.

While this only addressed diet, it is important to remember that exercise is important as well. While I get a number of steps walking my dog every day, it doesn’t get my heart rate up, nor is it provide strength training that I’ve had in the past. I’ll leave exercise for another blogger on another day. Personally, I’ll try to target big muscle groups like chest and legs in weight training in a few minutes a day.

Enough of the set-up, time to get to the substance. Here are the different types of diets I am stealing ideas from and why:

Woman’s Health Magazine covers three low-carb diets. I have a friend who lost a lot of weight on the Atkins diet. However, he went almost entirely carb-free, which is something that I couldn’t do.

To check off the box for a low-carb diet, I’ll steal the general best practice of focusing on meals consisting of mostly lean meats. One of my favorite breakfasts is a low-carb, meat-focused omelet. I find that’s sustainable, because it’s delicious. If you are a fan of leafy vegetables you can put some spinach in there. I’m certainly not going to kick spinach out of the diet.

When I am having carbs, I try to choose ones that have a low-glycemic load. If you are interested in the science behind this diet, the Mayo Clinic has a good review.

My choices from this category are carrots, pinto beans, and almonds. Pinto beans are high in fiber which is one thing lacking from the rest of this diet. Almonds sneak in because they are the single most nutritious food in the world.

I most often go for carrots, because the are also in the Volumetrics section of this diet and are extremely easy to snack on.

I’ve personally lost about 8 pounds by just adding this one shake for a couple of days. I love using my Nutribullet (read my review) for this, but any blender will work.

Fill up half the blender with: baby spinach, carrots, frozen berry mix (typically strawberries, blueberries, raspberries). Go heavy on the frozen berries as the flavor is coming from here.

Add heaping tablespoon scoop of Greek yogurt, a scoop of whey protein, and a half teaspoon of corn bran.

You’ve probably never heard of corn bran, but it’s almost all fiber… without the “other carbs.” It tastes like ground dirt, but in this shake it isn’t as noticeable. It may be hard to find. I got mine from the link in the previous paragraph and it has lasted me for years, but it isn’t available now. You may be able to substitute a fiber substitute, but my understanding is that it isn’t as good as the natural fiber.

Fill up the rest with water and blend. I often have to do it in a couple of phases as it gets thick quickly. It’s about 40 ounces when it’s done. All that liquid fills my stomach and curbs my appetite. It’s a good meal substitute for those who believe in old Slim Fast shake diets.

I’m not going to steal anything from this diet as it’s mostly covered in other diets. Instead, I’m going to steal something I feel should be in this diet, but doesn’t seem to be.

I’m stealing popcorn. The assumption is that there’s no added butter. (A butter substitute could be a good idea though.) The power in this is that you have do a lot of chewing to get through one hundred calories of popcorn. It fills up a big bowl and I feel like I’ve actually eaten.

I had some friends lose significant weight with Weight Watchers. They’ve kept it too (even after they’ve stopped strictly adhering to the diet.)

If you are familiar with Weight Watchers, there’s a certain number of points available in a day and each food has a cost. I remember one friend saying “Food [X] is free”, which means she could eat as much as wants.

That’s what I’m stealing from Weight Watchers. There are some zero points lists out there, but I’m focusing on stealing the zero points vegetables. The zero point lists have other healthy foods that you may want to consider, but I like to stick with the vegetables, since other foods are covered elsewhere in this diet.

Until this section, everything was about what to eat. This is about when to eat. I think it’s a popular enough trend that you may have heard of it by now. As usual, Wikipedia has a good explanation of how it works.

I have only been able to stick to this for a few days, but I know some people who have stuck to it for months or more. I know a couple of people who swear by it, and even they don’t understand the science.

I realize this isn’t a resounding endorsement of this section, but it adds another dimension. Since I am making an extreme diet here, why not throw the kitchen sink at it.

I’m not stealing anything directly from this diet… yet. However, I think this diet probably shares most of the philosophies above. Maybe I’ll steal avocado, which doesn’t fit nicely into any of the above diet sections but is undoubtedly healthy and awesome.

I mentioned it before, but it is worth repeating: Make sure you see a doctor before trying any diet, especially one as crazy as this.

You’ll notice there’s no room for refined carbs and added sugar in this diet. In an earlier version of this diet, I wasn’t sure whether a cheat day is a good idea. However, now I’m a big fan of it. Plus there’s some evidence that cheat days work.

Do you have a favorite diet or hack? Let me know in the comments.

We have an affiliate relationship with one or more of the companies linked in this article.