This article is from occasional contributor, Kosmo. At the end, I’ll tack on some of my own McDonalds economics thoughts. 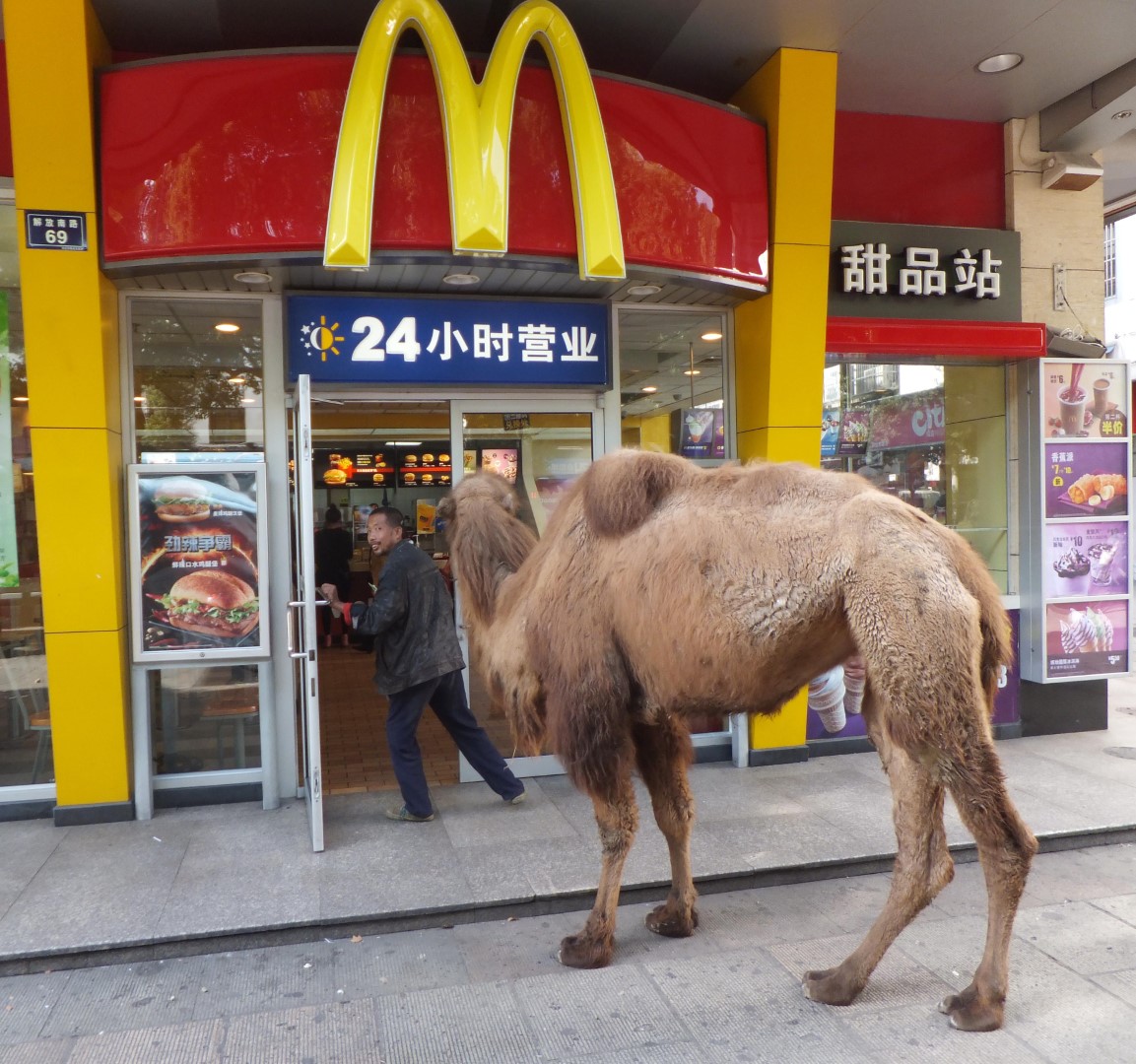 Several weeks ago, I was at McDonalds with my 9 year old.  It blew his mind that I was able to put together a package that included more food at a lower price than the standard option.  I’ve turned this into a personal finance lesson for him and his 11 year old sister.

They like McNuggets.  A lot.  Typically, they’ve had the six piece Happy Meal, but they’ve reached the point where they (usually) don’t care about the toy anymore, and they want more food.

What do they want?  Between the two of them, they want 18-20 nuggets, some fries, and two bottles of chocolate milk.

The cost is $4.18 each, for a total cost of $8.36 for two.  They end up with fewer nuggets than they want, but two Go-gurts (which they’re somewhat ambivalent about).  Realistically, they’d need three Happy Meals to get the right number of nuggets.

So I went comparison shopping to see how else I might accomplish the goal.

I’d have to swap out the fountain drinks for the chocolate milk.  I’m not sure if there’s an upcharge for that, because this option was immediately discarded – because I found a better deal.

I went the a la carte option and took advantage of some special deals and coupons.

Here’s what I ended up ordering:

Total cost: $8.  This is 8 more nuggets than the two Happy Meals, and more fries, since a large is more than twice as big as the small.  The cost is 36 cents less than the two Happy Meals!  You may have noticed the missing Go-gurt.  The good news is that you can buy a Go-Gurt or apple slices for 50 cents.  For the sake of argument, let’s say that I get two Go-Gurts.  That brings the total to $9.  I’ve gotten all the food the Happy Meals would have, plus eight extra nuggets, for 64 cents more than the cost of the Happy Meals.

Later, I pulled out a piece of paper and walked them through the options and prices.  They were impressed at the price differences.

Is this post simply a way for me to brag about my ability to save money at McDonalds.  Well, sort of.  But mostly it’s to illustrate how simple it is to teach some basic personal finance lessons.

Unit pricing is another area where I try to teach the kids an occasional lesson.  Toilet paper is a good place to start, because there are so many options within a brand and style.  Which Charmin Ultra Soft Mega Roll is the best option – the 4 pack, the 8 pack, the 12 pack, or the 18 pack?  You’d expect the per unit price to drop as the quantity increases, but that’s not always the case in the real world.

My nine year old is starting to grasp the concept.  He can already determine which box of garbage bags we should buy.

I’m not necessarily a tightwad.  There are things I’ll spend money one (MLB.TV, for example).  But if I need 36 rolls of toilet paper, I don’t want to pay more per roll simply because I chose the wrong size package.  36 rolls is 36 rolls, regardless of how they are packaged.

I’ve also given the kids a thirty thousand foot exposure to concepts like bank accounts, credit accounts, pensions (and the difference between defined contribution and defined benefit), 401(k)s, 529s, and income taxes.  As they get older, I’ll go deeper into these topics, so that by the time the graduate from high school, they’ll have a solid understanding of personal finances.

For a long time, we were able to escape the McDonalds Happy Meal trap. Our kids simply didn’t know they existed until Grandma spoiled the plan. They would have figured it out eventually, but I can still fondly look back on those days.

With my kids at age 5 and 6, the Happy Meal is still important to them. However, we use it a treat. Typically, we’d take advantage of the five dollar 20-piece nuggets in our area. That’s the equivalent deal as Kosmo’s (except for the bulk requirement). Since my kids are smaller, we don’t need too much more to feed 3 or 4 of us. A $1 Value Menu sandwich will usually do it.

Recently, we’ve revisited the value of the Big Breakfast with Hot Cakes which is an economical ~1350 calories. Everyone has their favorites and it just seems to work out for us. Once again, an extra $1 value menu sandwich or two can round out a hearty breakfast for the family. It’s been particularly handy at the Orlando airport terminal that we seem to visit a few times a year.

As for teaching unit pricing, my kids are a little young for that. I’m very good with unit pricing, but toilet paper is very, very difficult. The best I can do is look at square footage to avoid the differences in mega-rolls and regular rolls. Doing a dollar per square foot isn’t always easy though.

Instead, I’m going to turn to teaching unit pricing through something that I know my kids will pay attention to: Pokemon. Specifically Pokemon Go has items for sale at the shop. A single super egg incubator will run 200 PokeCoins. However, you can get 10 super egg incubators and a bunch of other useful stuff (lucky eggs, and star pieces) for 1480 PokeCoins in an Ultra Box.

We’ll go down this road in more detail over the next year or so. For now, I explain that I can get a lot more things if I save my PokeCoins and take advantage of the package deal. I have a suspicion that unit pricing will come up in more video games in the future.