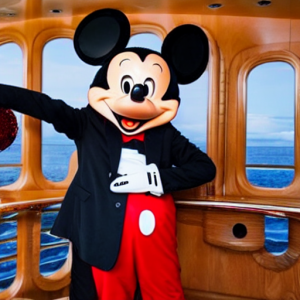 Last week, I wrote about our first impressions of our bucket list Disney Cruise. Today, I have some second impressions. I’m almost back home to finish up on some fresh articles – I’m not turning Lazy Man and Money into a travel blog after 16 years (it’s barely old enough for its driving license.)

In the previous article, I noted that the vacation is about a thousand dollars a day for the four of us. My wife made the bookings for the cruise and flight, so I don’t have the exact numbers. To recap, we went on an 11-day cruise from Denmark through Norway, Iceland, Scotland, and ended in England. The sticker price was a little less than $8,000. When you add in flights, excursions, transport to and from the boat (it’s not cheap with all the luggage), taxes, tips, and travel insurance, it’s easy to see where it gets to $1,000 a day. It’s probably more, but we stayed an extra day in Denmark and a few in England at the end. Those cheaper days balanced it out.

There’s only one 11-day cruise in Norway available in 2023 right now, and it is $12,000. It goes to different countries, but it looks like prices might be 50% higher! This shifts my view of the value quite a bit. On the flip side, I looked at Royal Caribbean recently, and it’s much cheaper – especially with the promotions they are running. I saw some things that made me think Royal Caribbean would be a better fit. It seems like they segment the kids better, so my eight and 9-year olds wouldn’t be with the four and 5-year-old activities. 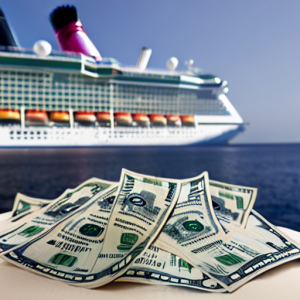 The only catch is that we might take a military rate cruise if it comes to NY (close enough of a drive from RI) and goes to the Bahamas. The timing has to be right with the discounts and kids’ school, so who knows if that will work out.

Here are some second impressions that didn’t make my original article last week:

With excursions, you get what you pay for. We went to the Blue Lagoon in Iceland, which was terrific. Sometimes we just stayed in the city and did whatever was there. That was a great way to save money if we didn’t have anything on our “must-see” list. We went to Magic Ice in Reykjavik, Iceland, a bar made entirely of ice – ice floors, ice walls, you name it. It was a unique experience. Of course, the kids just loved doing anything that was off-the-wall silly. They enjoyed their mocktails, and we got pictures of them in ice thrones and Viking ships.

We also went to see the Loch Ness Monster. I didn’t know that history, so I learned a lot. I’ve a lot to say about that, perhaps enough for a separate blog post.

Finally, when we disembarked the ship, we went on the Harry Potter tour at Warner Brother Studios. It not only got us on time but also got us and our luggage to London for the rest of our trip. My wife worked it out from a link someone on the ship sent her. It was as easy as clicking and booking, which was perfect for her.

This shouldn’t have been a surprise. Probably 99% of you will laugh at me. I hadn’t realized that it was going to be so cold in Iceland. I had always been told that it was switched, and Greenland is cold and Iceland is fine. That’s true, but it’s still 50 degrees in the peak of summer. That’s warm for the arctic circle, but I had expected to use the pools and waterslides on the ship. I was excited about those days at sea as I expected them to be relaxing in the summer sun. Instead, I was looking for a place to read a book indoors with a window to the outside. Those were in short supply. Some say we should have splurged, so we didn’t have an interior cabin, but those were 50% more.

This was a case where I was too busy to do any thinking or research.

What Could Be Better

In the previous article, I pointed out several cons, and it was a little negative. Here I’ll just add one more:

However, I did a little deep thinking, and I think the problem may be travel in general. Airplane travel to 5 different countries, and all the stops (other parts of Iceland) create a lot of carbon emissions. Are cruises inherently that much worse? I would have to see a comparison. It also is worth noting that we stopped using air conditioning at our home. Climate control of the interior stateroom must be much more efficient than in our home. We stopped using almost all the energy at home, for that matter, and we aren’t driving anywhere. There are about two thousand people like us.

I’m not going to say that cruises are environmentally friendly – far from it. However, when you consider that other travel is not ecologically friendly either and a significant number of people would be using energy anyway, maybe it’s not so bad?

For further reading, I found some analysis of carbon emissions of cruise ships vs. flying, but I think some of the analysis is lacking. It doesn’t make sense to compare the pollution per passenger mile traveled. A plane can travel our whole 11-day journey in a day. Try keeping that plane in the air traveling for eleven days, and putting a broadway musical on board. The more I think about it, the more difficult it is to compare the two.

It’s great to have someone clean your “house” twice a day. Sign me up for that when I’m rich. It’s also good not to have to worry about food. No shopping, no planning, no cooking, no kids fussing – well, they fussed a little bit when they weren’t at the buffet.

I love the idea of being able to see different countries and not having to unpack and figure out the logistics of the local travel systems. In the future, I think we’ll look at Carnival or Royal Caribbean because Disney simply isn’t very FI friendly.