I hope all the fathers out there reading this had a good Father’s Day this weekend. It’s hard not look at the news headlines and realize that not all fathers had a good day.

We just finished up the two week period between the end of school and the start of summer camp. I call this the “summer hole” because my wife and I are kid care for two full weeks. (Summer hole is a particularly bad name since it isn’t summer and hole sounds bad. Unfortunately, I can’t think of anything better.)

Last year was our first year at our school and it caught us by surprise. The school didn’t really announce, “We end everything two weeks before the other schools, good luck with summer camp that doesn’t begin until then.” My wife didn’t plan to take vacation until late and we weren’t prepared. This year things went smoothly, but we saw parents of children in my youngest’s class (their first time) get surprised too.

The first week started with graduation and school-organized play-dates for the kids. You can laugh about the accomplishment of graduating pre-school, but it is certainly cute and entertaining for parents. We did some local things for a day or two and then it was time for my 20th college reunion followed by our annual trip to Block Island.

There’s a reason why everyone says that time flies and 20th reunions are one of them. I wasn’t a huge fan of my college, but it is hard to argue with free tuition at one of the best liberal arts educations in the country. I did make a great group of friends and it was a good opportunity to catch up with them as our lives have moved in different directions.

The big theme of the party, at least for men was, less hair and bigger bellies. I wasn’t an exception to that. We were all reminded of what we looked like 20 years ago so that others could recognize us.

My wife felt like the school really went all out, which I agreed with. My kids, age 4 and 5, were somewhat excited about the new place, but bored easily.

As my wife says, reunions are odd. If you wanted to keep in touch with people, you probably would. Most of the people I’d want to get back in touch with live across the country and didn’t show up. Even if they did, it’s hard to re-kindle a friendship over such a distance with families moving in different directions.

I wish I had a more personal finance angle to share about this. We stayed only 24 hours because my wife was hosting some out of town coworkers in Rhode Island. That was minor pit stop before…

If you’ve never heard of Block Island, you are a normal person. There’s a better chance that you’ve heard of Nantucket or Martha’s Vineyard. Those islands are known for being popular vacation escapes off the coast of Massachusetts. You aren’t allowed onto those island unless you have a belt that has at least two of the following nautical symbols: anchor, whale, sailboat, ship wheel (helm?), lighthouse, sea star (starfish), or crab. Also, it seems like white pants and pastels are part of the dress code.

Block Island is a lot like Nantucket or Martha’s Vineyard, but much smaller. I described it a bit in last year’s Block Island review, but here’s a short explanation: Block Island consists mostly of the city with the fewest people (~1000) in the smallest state (Rhode Island). The island has one grocery store, one bank, and one gas station… and at least 15 beaches and hiking trails.

For us, it has a few advantages:

This year we stayed at Darius Inn. That means we avoided the unsuitable, historical hotel with tiny rooms and little electricity from last year. We went from my worst hotel experience to my best. Darius Inn is like a bed and breakfast. The inn keeper made an awesome (if a little bit hippy on the quinoa and nuts) breakfast every morning. There were daily wine and cheese happy hours.

I’ve never been treated so well staying away from home, which actually made me feel guilty. I’m not use to receiving such generous service.

In addition to saving money with the breakfast that was provided, we brought a lot of our own food. With the kitchenette available and the ability to pack a whole car, there was no reason not it. It’s a good savings, because buying from the grocery is extremely expensive (everything is shipped on ferry, so there’s extra cost to that.) The restaurant costs go up from there.

Here’s a little bit of what we did:

Took the kids and dog to the Block Island Labyrinth: 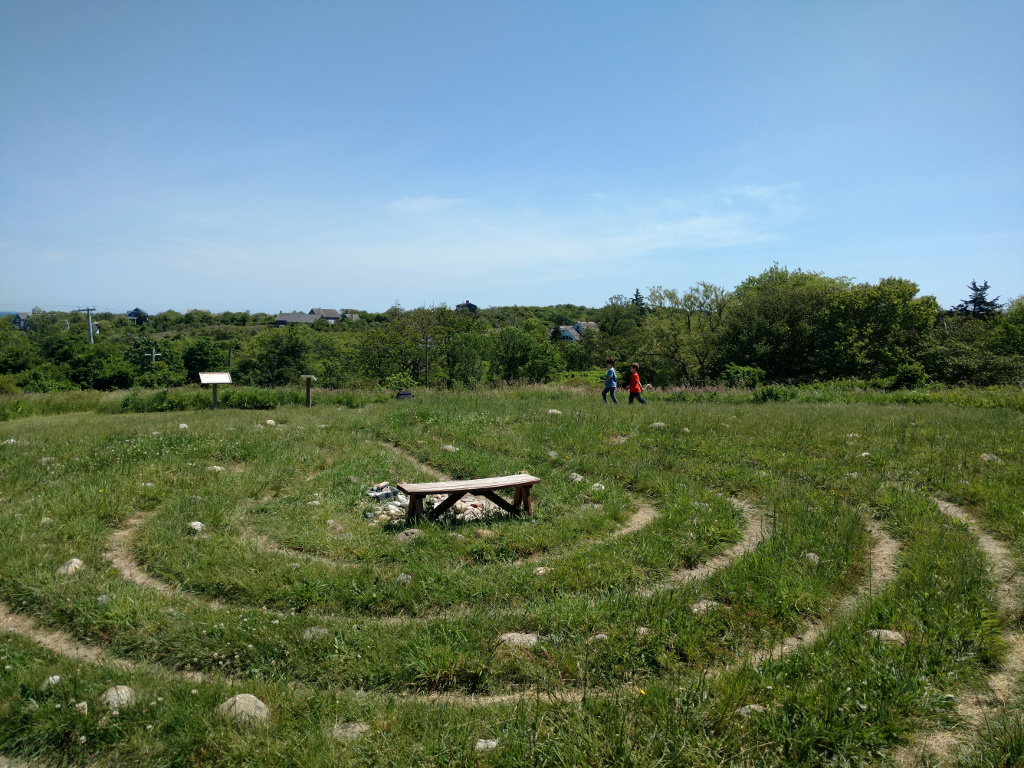 This is a favorite spot of ours. You are supposed to walk around a circular maze/path while you meditate. The kids wanted to run through it. It’s a different type of experience. Even our dog, Jake loved it. He’s like a giant dog on Easter Island: 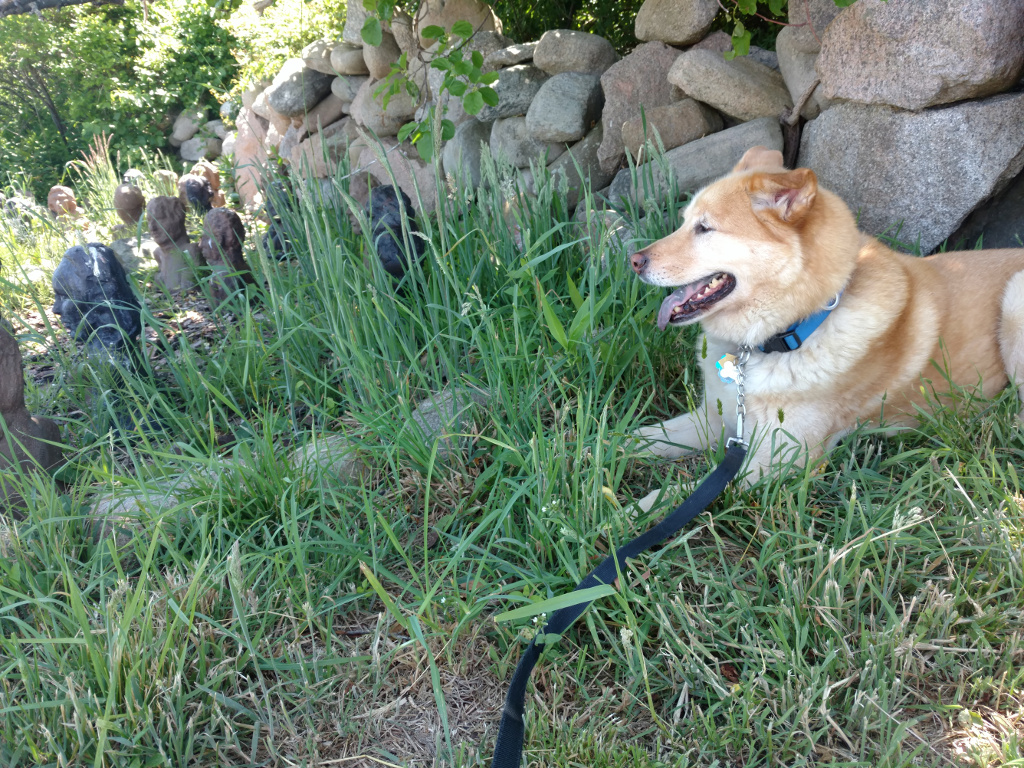 We also searched for glass float globes. An artist comes to the island to hide 550 glass float globes every year. Find one and you get to keep. Seems like it would be easy, but he makes a few trips over the summer releasing about 75 at a time. There are quite a few people who are obsessed with the treasure hunt.

We thought our kids would love it, but it turned out to be too much walking. I thought for sure there would be a glass float in here: 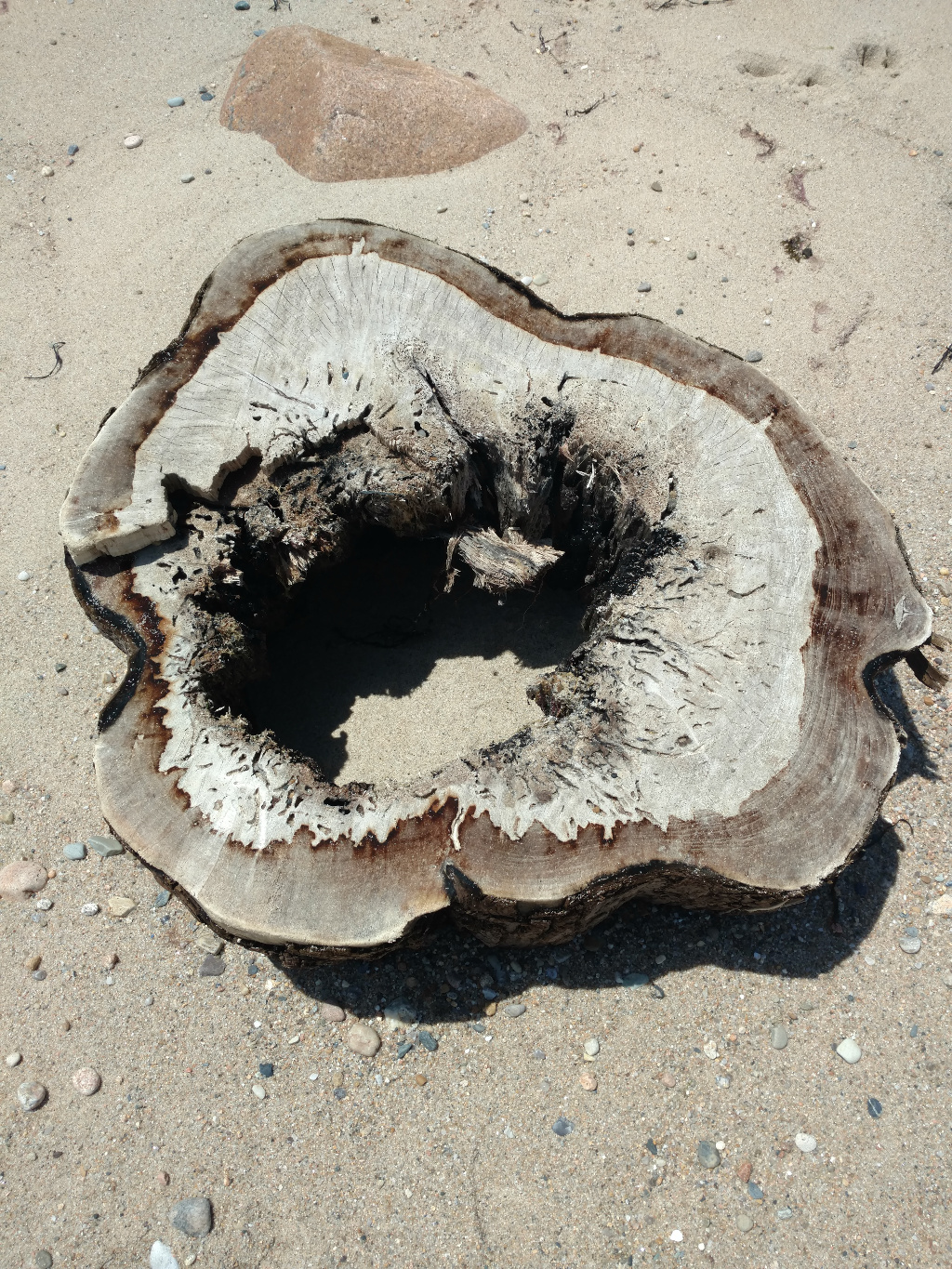 The weather was rainy for half of our stay, so we spent a little time at the local library. It was literally next door to us at the Darius Inn.

Libraries are doing lots of innovative things nowadays. One day they had a walking book tour. The kids loved walking around reading the book through the various signs. 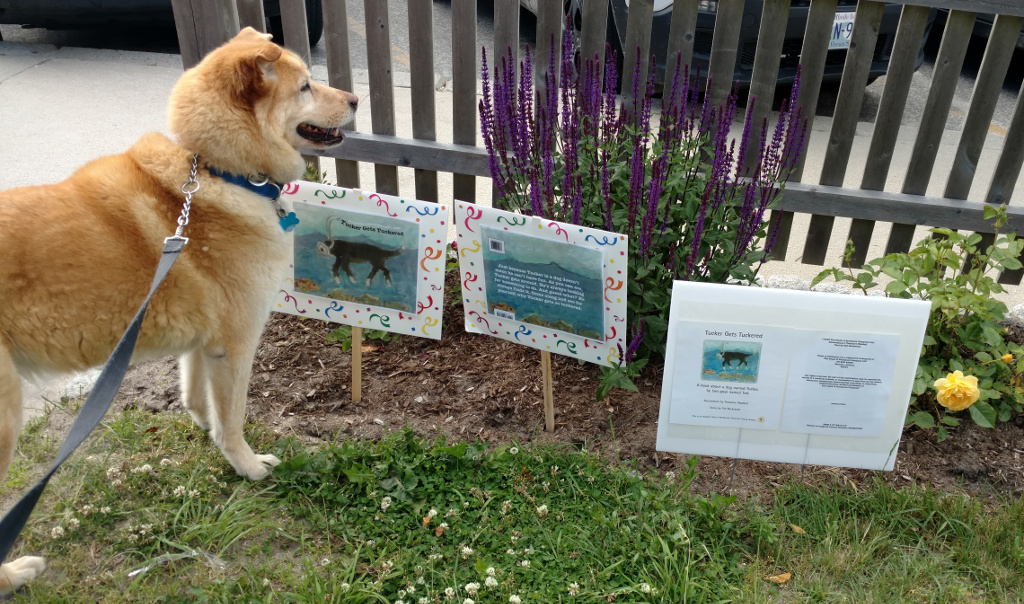 Unfortunately, my wife got news that she didn’t get the promotion she was hoping for while we were at the library. I didn’t have a magic wand to wave and make things better, but I did find this: 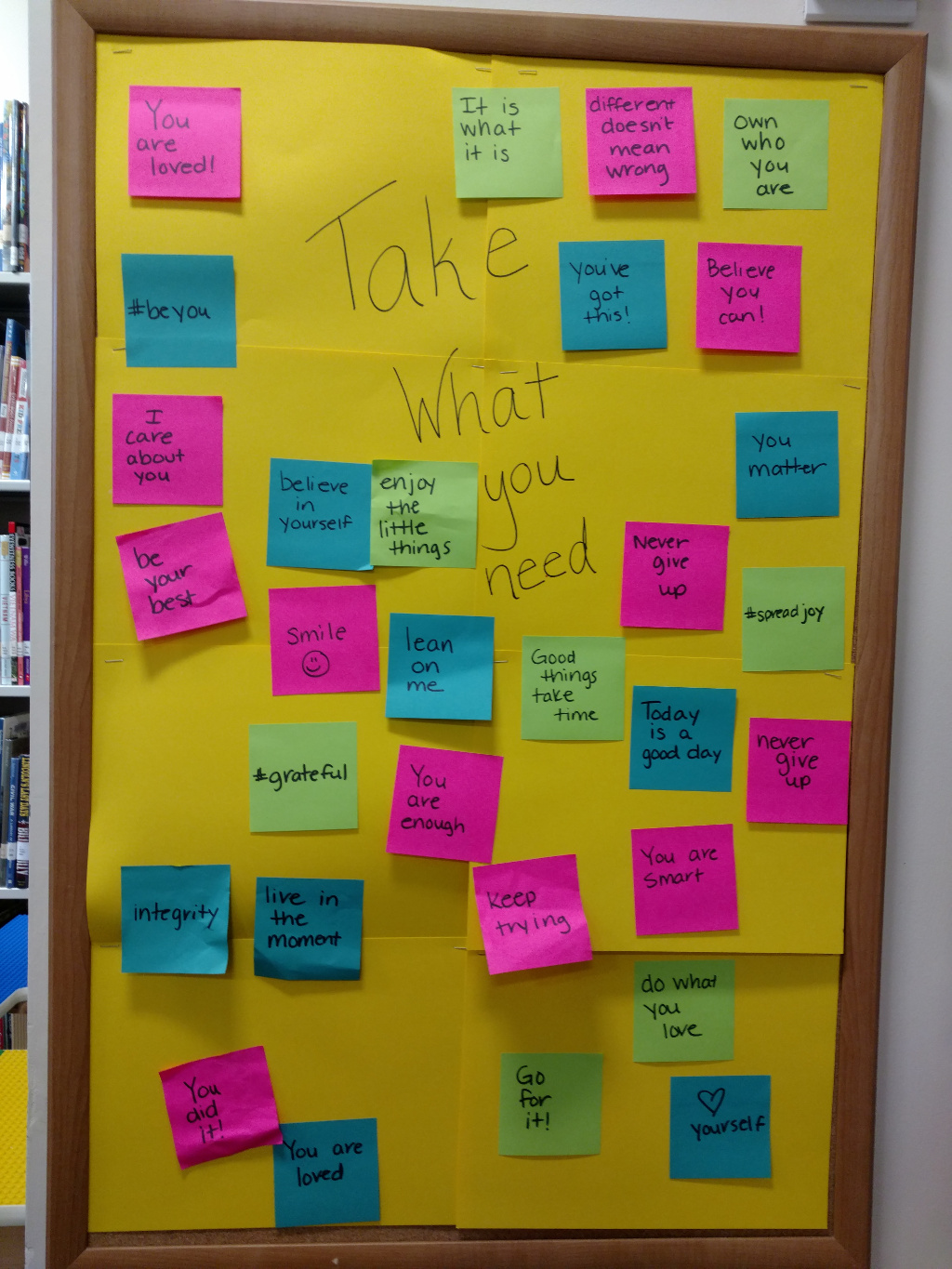 I took an “I’m proud of you!” for my wife and a “Be the change” for the oldest. My youngest got one similar to the “You are loved.”

They library also had a cool honor system program to clean up the island: 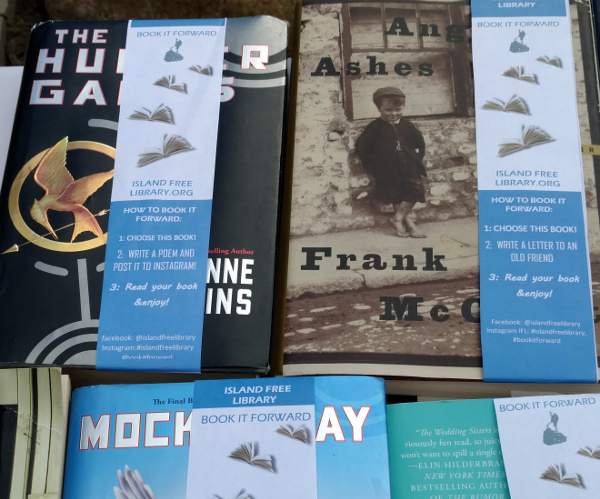 There’s some recognizable books in there, right? We booked it forward with a couple of children’s books that caught the kids’ eyes. And yes we picked up some trash, though we had already cleared out quite a bit on our nature walks.

Finally, we got ourselves one really nice beach day: 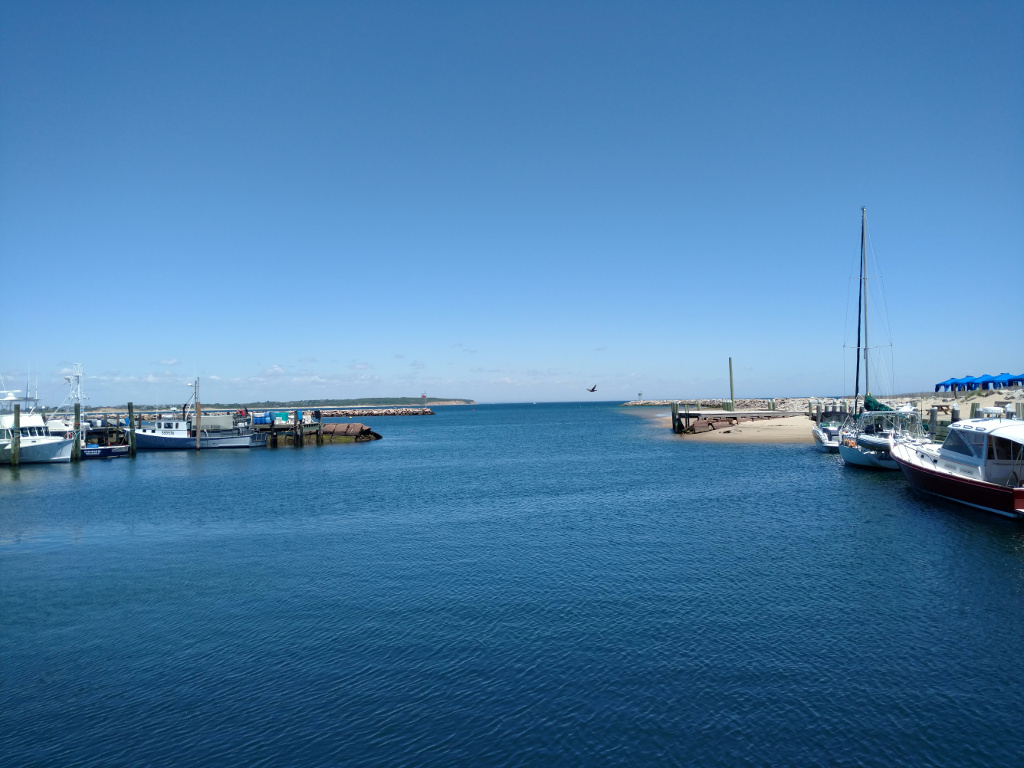 Then it was time for home.

I was going to write a little bit more about Father’s Day, but my dog is getting impatient for a walk and I have a dentist appointment soon.

Quickly, I can tell you that I am now equipped to properly go to Martha’s Vineyard or Nantucket. My wife found the perfect belt on Poshmark.*

After a Father’s Day lunch (me and my wife’s father were the guests of honor), we went on a walk to get some ice cream. I found a BOGO Father’s Day deal at Ben and Jerry’s which I shared with the kids. My wife wanted to try the fancy new milkshake place in town. The drinks look more like Edible Arrangements than a milkshake.

Unfortunately, I had to leave as my meter expired, but I heard later that it was an $11 milkshake. Looks like a lot has changed in the 20 years since I graduated college. Remember when a $5 milkshake was expensive? (Caution, adult language language:)

This brings you up to date on everything over the last two weeks… with the exception of the two days it took to write and publish this.

* This conversation involved my wife trying to explain Poshmark to her sister with an instant classic, “It’s like Tinder for clothes…” Ummm, honey, is there something you aren’t telling me?