About 6 months ago, I challenged readers to Take the Monthly Income Challenge with me. The idea was simple: come up with some way to make more money in a month. It really doesn’t matter how much, the important thing was simply to start it and track it. From there let’s look how to grow it each month.

(Full disclosure: I want to get you hooked on creating alternative streams income. Think of it as getting hooked on eating vegetables or going to the gym.)

The plan is to publish this soon after the month closes. However, in the immortal words of Jayne Cobb, “Well, what you plan and what takes place ain’t ever exactly been similar.”

As Malcolm Reynolds might respond, “So here is us, on the raggedy edge [of the New Year.] Don’t push me, and I won’t push you.”

(It just occurred to me that there’s a chance I could have grown my monthly income a lot more if I didn’t watch Serenity 314 times. #NoRegrets)

Let’s move forward. I’ve been making my income through websites and freelance work for years now. I started added the gig economy (specifically dog sitting) in the last year. Since I have non-traditional income it is a lot easier for me to make extra money on the side doing something else. 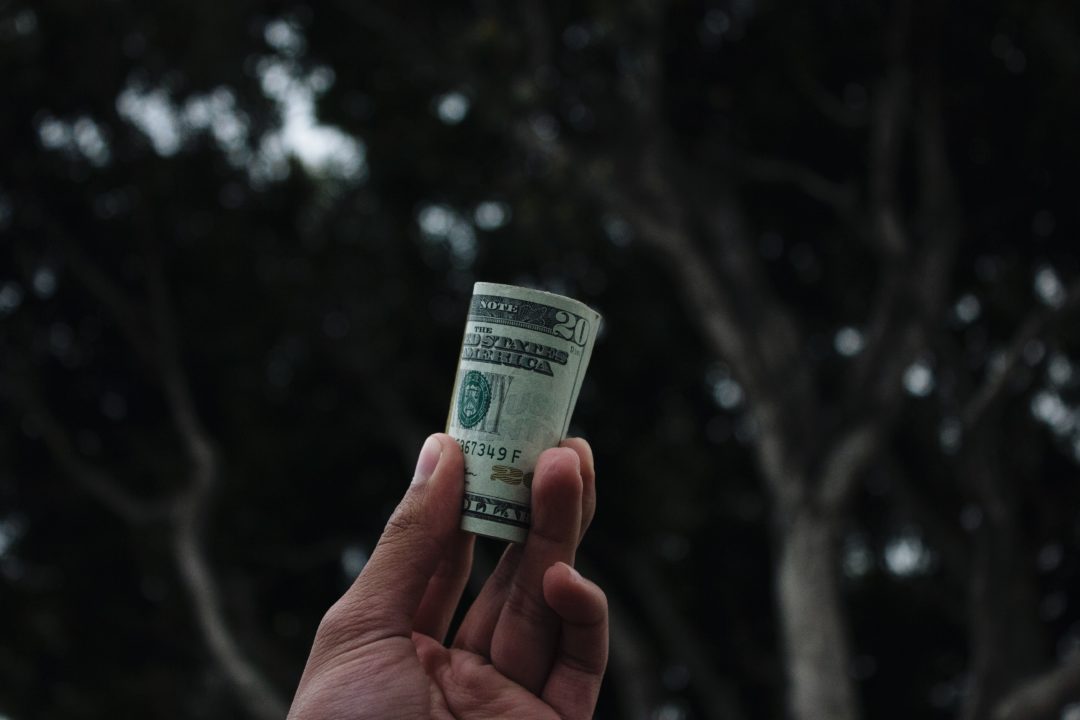 If you worked a long day as a salaried employee to come home to a family it would be difficult to say, “Oh, just drive an Uber for a few hours.” Maybe being an Uber driver works in your situation. Maybe it doesn’t. The idea is to explore what you can do on the side to earn some money. My wife sells a lot of our discarded stuff on Ebay. That’s a great way to earn a few extra bucks. It is environmentally friendly and declutters our home. I’m ashamed to admit that we have far too much discarded stuff.

True story, when I was 7 or 8, my grandmother taught me how to weave yard on my fingers. I did it for hours, days, weeks, and probably even a few years. I’d like to think that became a blanket that is sitting in my mom’s house. (Mom?) It could have also been complete crap, since I was so young. Honestly, I don’t know. For the sake the story, let’s presume that it was the best blanket ever created and was sold for thousands of dollars. None of that is true, but it’s possible that it could make a few dollars… simply from absent-minded, rote work while watching television. We’re capable of that right?

(All this said, I don’t know if anyone has an easy path to make extra money. I feel like they already would, right? It’s especially difficult to grow this kind of income. While I’m not salaried, I’ve got a 3 and a 4 year old, our real estate “empire”, and frivilous lawsuits to work on… all before I consider working on Lazy Man and Money or dog sitting… my two main sources of income)

Each month, I try to come out with some kind of plan for what I’m going to do to push forward for the next month. However, before we get to that let’s review last month’s results:

Honestly, almost nothing went well with alternative income in November. Our dog sitting business was the worst in months. However, that was expected. We live in an area that that a very large summer tourist season. In the winter it is a ghost town. James Taylor hides away from the world here in the winter. So any dog sitting business is great dog sitting business. November was above the average for the first 6 months of the year, so I’ll take it.

My blog income was also the worst all year. Cue the crying Native American!

Oops, this section is about focusing on the good. (Stick with me, we’ll get much more positive in a bit.)

In total income was down 20% from last month. The hope is to get this graphed, because the ups and downs from month to month is even difficult for me to follow.

No need to dwell on the bad, let’s get to the excuses explanation.

I have a billion of excuses, but most of them revolve around the early Thanksgiving holiday. There’s a cluster of pseudo-consumer holidays like Black Friday, Small Business Saturday, Cyber Monday, and Giving Tuesday. And all that was followed up by my wife’s birthday and two Christmas parties. The world was spinning out of control for a couple of weeks.

I had to delay a lot of income to December (That’s the benefit of writing this so late.). Of course December has its own challenges.

So one way to look at it is that it was a roller coaster that spanned an arbitrary checkpoint (the end of a month.) I’m used to the roller-coaster.

It’s weird to speculate on something that already occurred, so I’ll just state the obvious. The new website design went live. There’s still a lot to do, but this allows me to move forward with some advertising programs. They need to analyze my traffic and let their computers run algorithms on the data. It’s going to take some time for the changes to get to the bottom line. Plant the seeds now, and reap the harvest in the future.

Since I’ll be following this up with a December update in a little more than a week, we’ll focus on January’s plan then.

What’s Working for You?

Let me know in the comments. I’m particularly interested in people who have some kind of side gig such as a blog, Fiverr, Uber, or anything like that to grow their income.