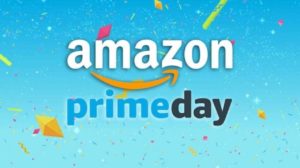 I always plan any big purchases months and months in advance. I simply shut down when it comes to spending money spontaneously. That’s one of my secrets to my frugality. Spending money can often cause me incredible mental stress. (Yep, I’m not mornal.)

Before Amazon Prime Day, I had resigned myself to take advantage of one deal. I think the Amazon Fire HD 10 is a great deal and I feel that my kids need to have their own space and apps. Remember when everyone loved the $99 HP Touchpad fire sale years and years ago. This is a 10″ full HD tablet for about the same price. By buying two at the same time, it was $90 each.

Amazon’s ability to sell is amazing… like nothing I’ve ever seen. At the same time, I feel like I worked the system well.

What do you think? Here’s a table of what I bought along with the prices I paid and my best assessment of what the item should cost.

The quickest takeaway is that I bought around $2000 “worth” of products for a little over $1000… a savings of nearly 50%. “Worth” needs to be quotes because one could argue that the products aren’t worth what they typically sell for. I’m not sure I buy that argument, but you can buy Amazon products at a discount a few times a year. So maybe that should be the “typical” price? Also, what something is “worth” to me may be different than what it is worth to you.

Let’s break down some of the big items on the list. (We’ll be jumping around a bit)

I love cheap phones. You can do so much with so little. I still remember how amazing it was to put a modem into a Handspring Visor so that I could get “web-clipped” scores of baseball games. Most phones nowadays do all the same things, but like cars, some do it with a little more luxury. I’m so frugal that this never sunk in.

My wife suggested that I spend more because I tend to put a lot of stress on my phones. I have 4 different email accounts to consolidate. I have different profiles (personal vs. business) to keep separate. It’s not just blogging, but also dog sitting and the freelance work I do. I debated between a LG G8 for $500 or a Samsung S10 for $600 almost forever. I finally pulled the trigger on the Samsung S10.

I don’t think a Samsung S10 review is useful here, so I’ll just say that I went from a very above average phone in 2015 to one of the best phones in 2019. It’s a quantum upgrade. I’d probably say the same thing about the LG G8, though.

Some suggested that I amortize the value of the phone over a number of years. That’s how I always think of phones, because they last me for a few years. Also my old Moto X Pure sells for around $100 on Ebay. So that’s like spending $500 instead of $600, right?

There were other purchases related to this one. I bought a case ($4.39!) that is great. I wasted $10 on a screen protector (IQ Screen Protector) when the S10 comes with one preinstalled (no one told me that). Perhaps I should send that back?

Besides the case and the screen protector, I also spent $8 on (3) USB Type C cables. I would have needed to upgrade at some point. The phone moved that along. The $9.67 Anker 10w Qi charger is top-rated from all the experts, so saving $6 on the Prime Day deal seemed like a win. I have a couple Qi chargers from my old Nexus 5. They aren’t 10w and would charge slower than the Anker one. I’ve put one of those Nexus ones on my bedside stand, because there’s no rush while I’m charging overnight.

Did you see how I stuck the word “learning” in there? I’m okay with the kids having fun with their tablets, but I’ve steered them towards ABC Mouse, Duolingo, and Chess Kid. So far it has worked out well. For $180, both of them will finally have their own tablet and I’ll have mine. That’s helpful because signing in and out of Duolingo profiles is tough. They could work together, but that has lead to fights. This way they can go at their own pace on things.

Along with the tablets, I bought two cases for around $17. Normally they would have been $38, so I’m happy with that.

I haven’t had an e-ink Kindle in a long time. I was curious to see how the technology advanced. With the Amazon Prime Credit card offering 25% cash back, the $85 Prime Day sale price became effectively $63.75. It’s small, but it’s waterproof, which is especially nice since we live near the beach.

I’ve played with the Paperwhite a little bit, but I’m not very impressed. I wonder if I can sell it extremely lightly used for $90+ which is more than the Prime Day price, but cheaper than you can get it now.

The kids really want a Nintendo Switch, so it will be coming soon. We know they want it just to play Pokemon games. This is a rare 50% discount on a popular game.

The Echo Show is a nice upgrade for the bedroom. It may sound crazy, but it’s good to have more clocks around the house. I was able to move our old alarm clock to the kids’ room. They can use a clock because they are still working on getting ready on time for things.

This $280 retail device was lowered to $99 on a lightning deal. I saw a deal for $10 of credit when ordering $100+ through an app. The $4 phone case up above was perfect for putting me over the top. For simplicity, I applied the $10 to the final price on this.

The reviews of this weren’t very good, but I thought it was one of Bose’s marquee products. I know that everyone is on the new Bluetooth version, but there weren’t discounts on that one.

Normally $25, this was $5 if you ordered it through Alexa. I already have one smart plug and I don’t know what I’d do with another. They seem to sell for $20 on Ebay, I figure this is like a free $15.

This was an extremely popular deal that didn’t last long. It’s pretty amazing to get both for $12. The Fire TV stick with voice remote will go on Ebay, where it should get $30 or more. So Amazon is likely going to pay me $18 to take a 3rd generation Echo Dot. That made it easier to the trade for the Echo Show 5 above.

I should be able to sell my cell phone and an old tablet (replaced by the Fire 10 HD) for a little less than $200. By selling the smart plug and the Fire TV stick, it should all add up to at least $225. Does that count as bringing my cost down to around $800?

1. A lot of things that I found were from watching deal sites. If you are in a tight money situation, it’s best to avoid these sites. I’m okay with spending money as along as it makes sense to do so (brings me good value).

2. Most of the items I bought qualified as bringing good value. The others were simply mistakes (the screen protector that I didn’t know I didn’t need) or items that can actually generate a profit through resale. There’s some questionable value with the Amazon Show. I have to figure out what cool things I can do with the screen (any tips? Leave them in the comments).

3. It can be helpful to batch tech purchases to the nearest “Super Sale” date. That can be Black Friday/Cyber Monday, but I think Prime Day counts now. Even if you are not an Amazon Prime member, a lot of other stores joined in the party.

4. I probably wouldn’t have nearly as much if I hadn’t been doing so well with the dog sitting this month. In some ways, it feels like Amazon might as well be in the dog sitting business and I’m just a useless middleman. There’s certainly a feeling of lifestyle inflation going on.