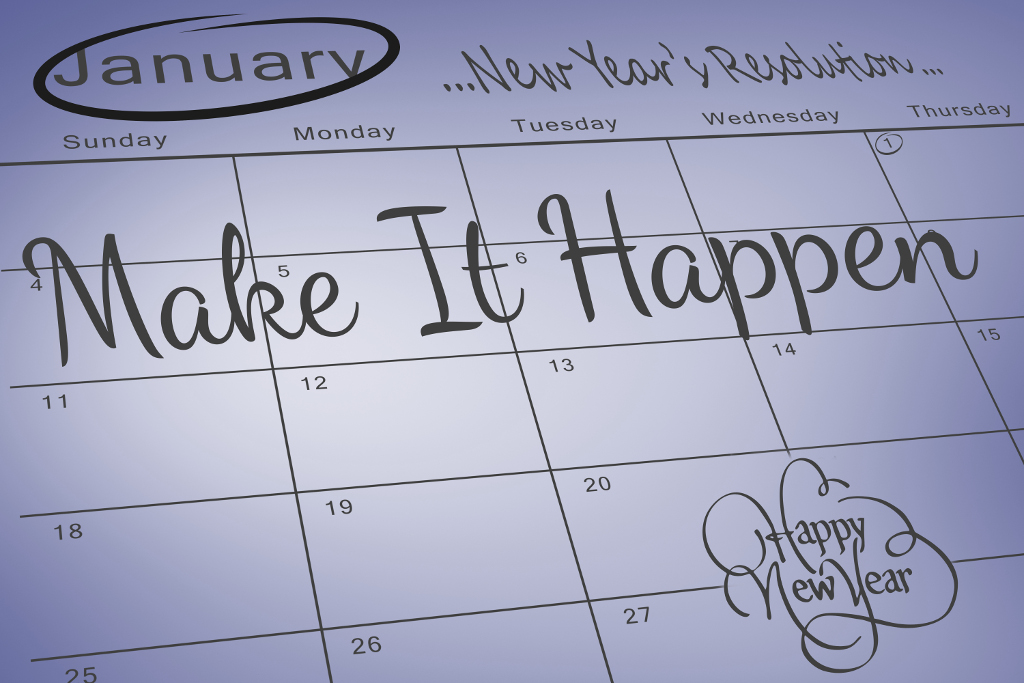 I created my New Year’s goals very late and it’s time for the first update. Last year I tried to update every 6 weeks or so, but I forgot for a long stretch of about 20 weeks in the middle of the year. Setting goals is useless if you don’t review them often enough. Fortunately, I was able to squeeze a lot in at the end of the year.

So let’s check in where I am now. As I write this it is March 7. About 18% of the year is over. So anything better than 18% is on track to be completed.
Here’s my updated spreadsheet:

My income goals are going quite well. This is a little surprising because the year always starts slow. I pick up steam in the summer months. Dog boarding becomes more popular as people go on vacation.

We haven’t made any progress in saving for my wife’s retirement this year. That’s… not great. In January, we were paying off the work to finish the basement. In February, we booked some of our travel for the year. So far, in March, we have the summer camp expenses and private school deposits for next year’s enrollment. I think in April, we may write some checks for Roth IRAs. This might be a tough goal to hit for the year.

I’m only about 2% of the way to my goal of 50,000 page views this year. That’s not great, but I’m optimistic about how things are going. I hired a social media person so there’s a presence on Facebook and Instagram. I added a newsletter which wasn’t easy because I used a cheaper solution rather than pay huge prices for Mailchimp or Aweber. I’m doing more work on the design and it’s about 70% of where I want it to be.

My goal was to have 75 articles published by the end of the year. That’s roughly 1.5 a week. I have 14 articles published. I would have had more, but COVID went through our house and I lost a couple of weeks of working time.

My only hope at getting to 50,000 page views is if I grow the website’s traffic at 60% each month. It’s easier in the early stages, but as the numbers get bigger, it could be too much.

I’ve made no progress in refreshing articles for Lazy Man and Money. Managing two blogs is a lot of work. I’m more likely to do a content refresh on Kid Wealth. Sometimes, I have so many things to add to an article that I just have to end it early. My thought is that I can always bring the article back and refresh it with the rest of my ideas in a month or two.

I haven’t looked into dog training yet.

I’ve lost about 10 pounds this year! I’ve never consistently tried to lose weight, but for some reason, it’s sticking now. We’ve been going out to eat a lot less than in the past. When we do, I try to eat only half my meal. Even then it sets me back about a day’s worth of progress.

The upcoming trip to Puerto Rico is going to be difficult. My best hope is that being active balances eating all the great food.

I’ve got about 7.5 left to get to my goal. Of course, those will probably be the tougher pounds.

I guess I felt strongly enough about drinking less that I completed “drink zero.” I’d say that’s why I’ve lost the weight, but I had already lost half of the weight when I set this goal.

I spent a few hours watching YouTube clips about Python. That’s less progress than I would like. I was spending so much time getting KidWealth into shape that I couldn’t make any more progress than that.

My wife carried the baton on this one. She hired an organizer who is training with Marie Kondo (or her method). The time she’s come by hasn’t synced up well with my schedule. They are doing well. I’ve pitched in a little bit organizing some small areas about once a week.

I need to learn how to sell items on the Facebook marketplace. If I can do that, I can declutter a lot of the garage. We still have some items like a lightly used double stroller that has value, but we haven’t found anyone looking to buy it yet.

This year, we are going to Puerto Rico in March. We should be there now while you are reading this. However, as I’m writing this section, our flight down there got canceled and rescheduled a couple of days later.

I’m very excited if it works out. I’ve only been there for one day on a cruise layover and it wasn’t enough. It has fewer COVID travel issues for us because it is part of the United States. However, it has its own culture. As much I’m going to enjoy it myself, it’s more important for me that kids get to experience it. They’ve never been anywhere where Spanish was a major language.

We’re also looking to travel to Block Island (our staycation), Hershey or Iceland (we don’t know which), and Aruba (which we might not do either). This goal of traveling four times is in jeopardy because getting to Puerto Rico was a mess.

We’ve got the kids in a lot of things… probably too many. Most days they’ve got somewhere to be after school whether it is karate, a team sport, drums, boy scouts, or something else. We finished off skiing and snowboarding for the year.

We’ve done nothing in this area. We haven’t even put up a bad video.

The weather isn’t good enough for flying drones. For now, the kids will just have to stay addicted to video games – LOL.

I got them started with Tynker.com a bit last year. They didn’t love it. I could give it another try this year. Maybe with my Python plan above, I can get them involved in that.

They’ve each looked at a computer programming book, so I’ll take what I can get for now.

The best chance is a local Lego robotics group, but it doesn’t start back up until September.

We’re in camp sign-up season now. We’ll see how it works out soon. So far we’ve got theater and sailing camps booked. Sailing is such a Rhode Island thing. Camp is a lot different than when I was a kid. It is also a lot more expensive.

This was a very successful last 6 weeks. I didn’t make progress in all the goals, but I’m doing well in the important ones. Income, health, travel, and Kid Wealth are going reasonable well.