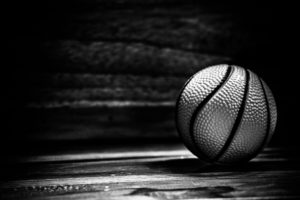 It’s that time of the year again – the NCAA tournament is about to begin.  If you’re an employer, you may be groaning inwardly – you know that productivity is going to dip a bit in the next couple of weeks.  Nationwide, the NCAA tournament causes a loss of nearly $7 trillion in productivity.  Well, maybe a bit less than that, but it does have a very noticeable impact.

Instead of fighting March Madness, why not turn it into a company event?  You’ll lose some productivity, but you were going to lose some anyway.  Consider it to be an investment in employee satisfaction.  Employees like it when their bosses show an interest in something they enjoy.

Some tips for a successful event:

As I mentioned at the beginning, you’ll definitely incur a cost in doing this.  The lost productivity, the contest prizes, and the cost of the food.  However, you’ll gain employee loyalty.  You’d be surprised how much employee happiness you can get by buying an employee a couple of brats and letting them have a long lunch to watch a game.

I have never been a fan of college sports. I think it’s because I grew up in Boston and we weren’t really very competitive. Maybe UConn basketball and some of the hockey stuff, but it was really boring stuff to me. I think it might have also been that I’d rather watch a higher level of play considering no real local rooting interest.

About ten years ago, my work had something similar to this with horse racing’s triple crown. I had about the same level of interest as I did college basketball (zero!), but with everyone involved, I started to research the horses a bit. It became a lot of fun. It certainly bought a lot of loyalty for me with that manager.

Arguably, I lost some productivity that I wouldn’t have otherwise lost being that I wasn’t interested in horse racing in the first place. It was minimal productivity though, since the races were on the weekends and mostly during that Friday afternoon time where productivity was low to begin with.