When I last spoke to you, I had begun contract position with one of the leading employers in the area.

I have been actively pursuing other positions.  In the last few months, I have advanced to the final round of interviews three times, with vastly difference experiences.

One employer contacted me five months after I had initially contacted them.  I had the standard conversation with the recruiter, took a Wonderlic test, and showed up for my on-site interview on a Friday afternoon.  Unfortunately, the hiring manager seemed very ill-prepared.  She asked only a couple of questions – neither of them very probing.  I asked questions about the specifics of the position in an effort to keep the interview alive, but it was obvious she had no interest in being there.  I’m not sure if she just wanted to get out of the office and go home for the weekend, or what.  Not surprisingly, the company ghosted me after the interview.  Note: the Wonderlic questions were much more simple than I would have assumed.  It’s more a test of how quick you can think, as opposed to testing the depth of your intellect. 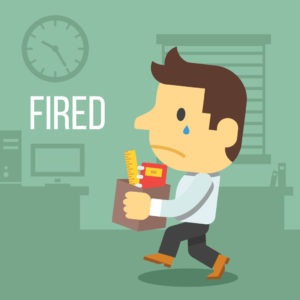 Another company also contacted me months after I initially applied.  In fact, they had already told me I wasn’t being considered for the position.  It turns out that I was overqualified.  They were looking for a junior level (cheaper) analyst and eventually came to the realization that they needed a more senior person.  Once again, I took an assessment and was called in for an in-person interview.  Unfortunately, the types of questions that were being asked made it clear that I wasn’t a good fit for the position.  They were looking for someone who was primarily a training specialist with experience rolling out off-the-shelf software.  My core strength is helping design new software from the ground up.  Once again, I wasn’t terribly disappointed that I didn’t get the job.  I don’t think I would have enjoyed it.

Another company contacted me less than a day after I applied.  This company is a major player in the education space – a company you’ve almost certain heard of.  Although they pay a bit less than some of the for-profit companies in the areas, they have a nice set of benefits, include 30 days of PTO for new hires.  From the start of my search, this company was among the top two companies I was pursuing.

The HR rep contacted me and arranged a phone interview for the next week.  When he called, I missed the call – because he called on the wrong day.  I was able to touch base with him about ten minutes later, and he was apologetic when he realized his gaffe.  He was willing to called back the next day, but I offered to go ahead and do the interview right then.  What better opportunity to prove I could think on my feet and not be rattled by the unexpected?  A few days later, I was notified that I made the cut for an on-site interview.

My on-site interview was nearly perfect.  I was very comfortable and answered all of the questions well.  There were a couple of questions where I didn’t give the exact answer they were looking for, but I could tell by their reactions that my answers made them think, and that they had a positive response to the answers.  One of the interviewers had Googled my email address and tracked down my blog, and then found the sites where I did freelance work.  She even read a few of my articles on this site!  (Hey, Jen – hope things are going well for you and your team.)

I was very confident that I had landed the position.  Unfortunately, a week later, I found out that someone else got the job.  A friend of mine who works for the company told me that I was strongly considered, but in the end, they hired someone who had previously worked for the company.  That’s understandable, because the group dynamic is very important, and there’s value in having some certainty regarding how someone will mesh with the team.

I’m optimistic that I’ll find a permanent position soon.  If nothing else, these interviews have given me practice for future interviews.  I’m much more confident in interviews than I have been in the past.  Now as see them as an opportunity, instead of a necessary evil.

In the interim, my contract position continues to go very well.  I am establishing myself as someone who is ready, willing, and able to handle any challenge and also willing to mentor others.  It has probably been the most productive half-year stretching of my two decade career.