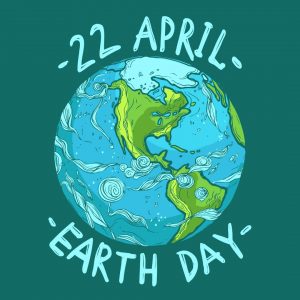 I hope everyone is having a good Earth Day today. It snuck* up on me. As I mentioned in my last article, I’ve been busy boarding dogs while people travel during their April school vacations.

Let’s kick things off with…

We just completed our seventh year with solar panels and they’ve been great. The only “hassle” was one of the 20+ inverters that failed earlier this year. We were generating 5% less energy for a month while our local company sourced the part and installed it free of charge. I wish all my problems could be solved as easily as typing a few emails like that.

We paid $16,000 for the solar panels back then. Normally they would have twice that – $32,000. There were some energy programs and tax credits, which cut the price in half. Let’s see how it’s paid off so far.

In the 7 years, our panels have generated 64.9MWh of electricity. Don’t worry if you don’t know your energy conversions, I don’t either. That’s 64900 kWh of power. I went to our electric bill to see what the cost of a kWh is and it’s 24.05 cents in Rhode Island. We have expensive energy here. That’s one of the great surprises about solar power – it’s very cost-effective even in states that you wouldn’t think are sunny. If our energy was cheaper it would take longer to make back our investment.

At today’s cost of electricity (24.05 cents), the 64,900 kWh of energy would have cost us $15,610. That’s very close to breaking even. It’s not entirely fair, because the cost of electricity wasn’t always $0.2504 kWh. For example, when I reviewed our solar energy after four years the cost of a kWh was around 21 cents. In addition, we had to pay for the panels in 2015 dollars. Everyone is thinking about inflation nowadays and 2022 dollars just aren’t the same.

It’s not worth going through and adding up the cost of electricity each year and getting an inflation calculator together. I think it’s safe to say that we’d hit “fake” break-even next year, with “fake” meaning that it wouldn’t account for these factors. We’d theoretically hit real break-even in 2024 – after 9 years of ownership. It looks like we’ll save around $1,750 a year after that. That’s roughly 7,200 kWh produced each year at $0.2405. Of course, energy will continue to go up in price and maybe our efficiency will go down (though it’s guaranteed to be 95% for 25 years or something similar).

Long story short, our solar panel purchase was a great money move and great for the environment.

Moving on from the solar update, there are a couple more things I wanted to cover today:

Over on Kid Wealth, I wrote about how to inspire a kid entrepreneur this Earth Day. I worked out a business plan where he could make and sell can tab bracelets for a small profit. Recycling and entrepreneurship are a winning combination.

I’ve been working on a new Kid Wealth home page. It’s not perfect, but I think it looks great on desktop browsers. There are a couple of things that I know are broken. For example, I link to content that isn’t published yet. So for now, let’s keep that a secret between us.

Here’s a look back at my Earth Day Articles from the years gone by:

If you’ve finished all that reading… or even if you haven’t, I hope you take some time to get outside and enjoy Earth day today.

* Some people don’t believe that snuck is a word, but I’m sticking to it. Wordle says it is a word. Then again, I’ve gotten away with “gwine” and “comby” too, so…