[Note: Many people call this Amazon Prime Day, but other retailers are having deals as well. Just because Amazon sets the day doesn’t mean they get to have all the attention. I’ll be updating this article throughout the day. I find it is better to publish quickly, so you don’t miss the deals before they sell out.] 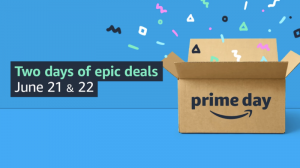 Last week, I was on vacation. I thought I’d be able to continue writing, but “Surprise!” the tiny bed-and-breakfast place on Block Island didn’t have wifi working as it had in previous years. It’s great to be back behind a keyboard with a working internet connection.

It’s also great timing for it, because it’s the annual Amazon Prime Day deal madness. As usual other retailers have stepped up to compete, so definitely give Target and Walmart a look and maybe Best Buy as well. Deals are happening fast and furious, so I’ll get right to them.

By 5:30AM (I just happened to wake up early), I placed my first three orders on Target. I shop at Target about once a year, because there are none local to me and I don’t see too many good deals. Buying this early means there’s something special. That is:

I should note that these are for Prime members, because, that’s the name of the day. That’s a lot of people out there. If you aren’t a Prime member, you may want to skip this section.

As usual, this is the best time to buy any of Amazon’s own devices. I’m a fan of the Fire HD 10″ tablet (Review), which is a steal at it’s $80 price. If you own a previous Amazon device there’s a trade-in program that might be worth looking into.

I know there are a lot more Amazon deals to be had, but after years of buying them, maybe I just don’t need as much “stuff” anymore. I haven’t listed any WalMart deals yet, because I’ve found that website hard to navigate and figure what is truly a good deal.