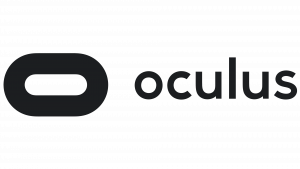 I’ve always been a fan of the idea of virtual reality. I watched VR5 and The Lawnmower Man in the early 1990s. I even bought a computer programming book on how to make your own Wolfenstein 3D game. Yep, 30 years ago virtual reality was virtually everywhere.

Then the web got popular and virtual reality was mostly pushed to the side. Virtual Reality has been on a comeback over the last 7 or 8 years since Google Cardboard came out. Google made a push for virtual reality on phones creating its “Daydream” platform but pulled the plug a couple of years ago. Phone VR never seemed to catch on, though my kids liked it. We didn’t do it too often because they’d be bouncing into walls and doors. It was great for the cost (the viewers were typically about $5 or $10), but it was a novelty – nothing that you’d consider useful.

About a month ago, I saw a deal on the Oculus Quest 2. A surprising number of people had upvoted it on the deal site. I clicked on it and learned that Oculus hardware is like Apple, it very rarely goes on sale. They weren’t having a sale this time either, but a lot of places were offering $50 of store credit with the purchase. So buying from Amazon was almost the same as $50 cashback, so I justified it as costing about $250. I usually research these deals, but this time I took a good friend’s recommendation from a few months before, “You gotta get this!”

The first time I put on the headset, it was shocking. There was no black like with the phone VR. Wherever you moved your head was all part of the virtual environment. The resolution was incredible and realistic. With the two handheld controllers, I had “hands” that can grab and throw stuff. This made me wonder why they don’t have feet cuffs that you could use to run and kick. Maybe they are leaving it as a reason to upgrade to a future Quest 3.

My (just turned) 8-year-old tried it next. I didn’t think much about it, but I had it start from the boot-up screen. There’s a lot of things flying around in the beginning and it freaked him out. He was much better once he was in a game and had control. My 9-year-old try was next with the demo app. He was throwing paper airplanes, hitting a ping pong ball with a paddle, and dancing with a robot in a minute or two. He immediately declared it as the best Christmas gift ever.

It took a while for my wife to give it a try. She’s not into technology and I think viewed it as another technology device that would sit on the shelves gathering dust. However, when she did, she was amazed. The opening room reminded her of the best parts of two of her favorite places, Arizona and Hawaii. She instantly said, “Do they use this for therapy? This would be awesome!” She next went to the same demo as my 9-year-old. Dancing with the robot was just as big of a hit with her.

I got a surprise when I bought and downloaded my first game, Thrill of the Fight, a boxing simulator. Oculus has been running a daily deal where a game is usually around 30% off. Everyone said it was a must-own game. The retail price of $10 was extremely reasonable compared to the $60 my kids spend on their Nintendo Switch games. Take another 30% off and I didn’t think too long before clicking purchase.

Nearly every reviewer mentioned that Thrill of the Fight was their new cardio routine… and it was kicking their butt. You can add me to that list of reviews. Boxing fitness is nothing new. A year ago, my wife signed up my son and me at a local BoxFit studio to do a class. They didn’t have enough kids interested for their own class, so they suggested we come to a regular class. The class itself would have been good if the music didn’t have 30 curses per song. The instructor was extremely embarrassed, but it was too late to switch out the music. In any case, there’s no problem when you are boxing at home.

The boxing game isn’t like real boxing, because you don’t wear gloves, don’t hit people (just air), and one more thing… you aren’t getting punched back. Still, I’m throwing hundreds of punches while dodging and blocking a virtual fighter that has endless energy. It’s one of the games that has helped this woman lose 40 pounds. I burn about 200 calories in a few rounds every day. I have to work up my stamina it seems.

A couple of days later, my 9-year-old mentioned that he would be interested in learning to golf. That’s great, except that golf isn’t popular in late December in New England. There’s an indoor golf place though, so we went there and got some details on who we could call to get some lessons. Afterward, I thought, “I wonder if they make a golf game for the Oculus?” After reading a few reviews, I bought Golf+, a $16 game developed by TopGolf, the company that makes the indoor golf virtual reality systems. Virtual Golf isn’t great for getting fit, but it seems like it could improve some hand-eye coordination. If nothing else, he’s going to get to know which clubs are the best fit for any particular situation.

Next up, drumming. The kids’ school music teacher was representing the state of Rhode Island in the Rose Bowl. He says my 9-year-old is the best drummer in the class and has emailed us a couple of times about how good he is. We’re looking to get him lessons, but once again, I thought, “I wonder if they make a drum game for the Oculus?” In less than 2 minutes, I had downloaded a demo version of Smash Drums. The demo is great and so far it’s challenging enough that I haven’t thought about spending the $20 to buy the full version. The irony is that my 8-year-old seems to be better than my 9-year-old. It’s not as much exercise as the boxing game, but it can burn some serious calories as well.

Finally, I bought a table tennis game. I actually haven’t played it yet, but it was one of those 30% off deals and it was another “must-have” game. Like with the golf game, people who play it competitively say that it is realistic and useful. I also hear that it can be great exercise as well.

I should mention one more thing. I haven’t done anything with the social settings. I made myself as private as I could and I don’t interact with real people. I may in the future, but I wanted to set things up in a way that would be most suitable for the kids.

I know, all of this sounds amazing. It is amazing. However, there are a couple of downsides too. For example:

1. Oculus is a Facebook company. Ugh, they’re selling data on my ability to throw a jab to someone. In the future, they say they’ll allow people to register without a Facebook account, but I’m guessing that it’s too late because they’ll be able to tie all the data together.

2. Oculus says that it isn’t for anyone under 13. This has to be because they can’t market to children. They give some excuses about kids having developing eyes and while that is true, it doesn’t mean that a few minutes a day is going to hurt them. Kids under 13 can’t get a Facebook account anyway, so they can’t have their own space. Of course, there are no parental controls. I found out about this weeks after I bought it and several hours after trying to set it up. It was a complete shock that my kids, at the age of four, could use Google Cardboard, but at the age of 9 can’t use an Oculus Quest. Additionally, the strap that fits the Quest 2 on your head doesn’t work well for kids. There are videos on YouTube about how people are buying an “Elite” strap – at an additional cost of $50, which works better for kids.

So, Can you Get Fit with Oculus Virtual Reality?

The jury is still out on whether I’m going to lose weight like the woman in that article. I think a good diet may have a lot to do with that. However, it does make me more active and I believe that it can augment anyone’s fitness plan.

I don’t see it replacing exercise in general. There’s no resistance or weight training (the handheld controllers are light). However, it’s 18°F outside today. I’d much rather do a few rounds of boxing indoors than go out.

Aside from getting fit, you may learn a few skills that could turn into real-life hobbies.