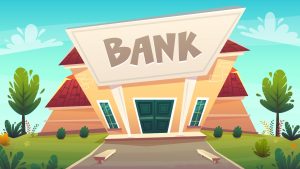 I was recently writing on my other site that when I was a kid interest rates were great. When I was eight, a 1-year CD paid around 9-10%. Savings accounts and credit unions were also paying great interest rates. It was easy for me to get excited about compound interest.

Except for The Great Recession, the same CDs have paid less than 2% for the last 20 years. For the last 10-12 years, they’ve been paying around 0.25%. And these are CDs, not savings accounts, that you can access easier. Saving accounts earn less. My local bank, BankNewport, pays 0.05% even after the Fed has raised interest rates a lot this year. At that point, it might as well not pay interest at all. A whole generation hasn’t ever gotten much interest from savings accounts.

I hated it so much that I once wrote Why I Don’t Have an Emergency Fund. I did have an emergency fund, but I used my HELOC at an 8% interest when needed. It wasn’t one of my smartest ideas, but it worked for me. I didn’t need it very often, and when I did, I always cut spending to the bone to get that 8% paid off. I justified it by telling myself that the money I was investing was earning 10%. For the most part, it has done exactly that since 2007.

I continued this for several years. Even in the last several years, I used a HELOC. Rates we low, and I had a locked-in lower rate than usual.

Our lives are changing. My wife is thinking more and more about retirement and activating her military pension. At 46 years old, we’ve had a couple of decades of excellent compound interest. (We hope to have several more left.) We’ve got some income streams, but it’s time to be more conservative. It’s time to value liquidity. It can be cash, I-Bonds, CDs, or T-bills. Anything we can get to relatively quickly and won’t drop is on the table. As a backup, we still have the HELOC and credit cards, so we can float some expenses while cashing out these safe investments if necessary.

With the Federal Reserve Bank raising interest rates, there’s an opportunity to earn interest in savings accounts. It’s not going to be 7-8% like when I was a kid, but it’s more than we’ve seen in twenty years.

This gave me the idea to look and see if our cash savings could be doing more for us. The good news is that cash can finally work for us – and it can work for you too. We’re moving 90% of cash away from BankNewport’s 0.05% interest to Ally Bank. Ally Bank, right now, is offering 2.25% interest. A $50,000 emergency fund can earn $1125 in interest. That’s much better than the $25 we’d earn locally. They are giving us a free $1100. It’s FDIC insured and just as safe.

This is the part of the article where I mention that I’ll make ZERO money if you do this. Ally Bank doesn’t know that I’m writing this article. They aren’t paying me anything, to mention it. I don’t make money by referring you. I only make money from whatever ads you see on the page. Other banks may pay you more than Ally Bank, but I recognized the brand and saw a deal, so I just jumped in. There’s no need to delay because perfect is the enemy of good.