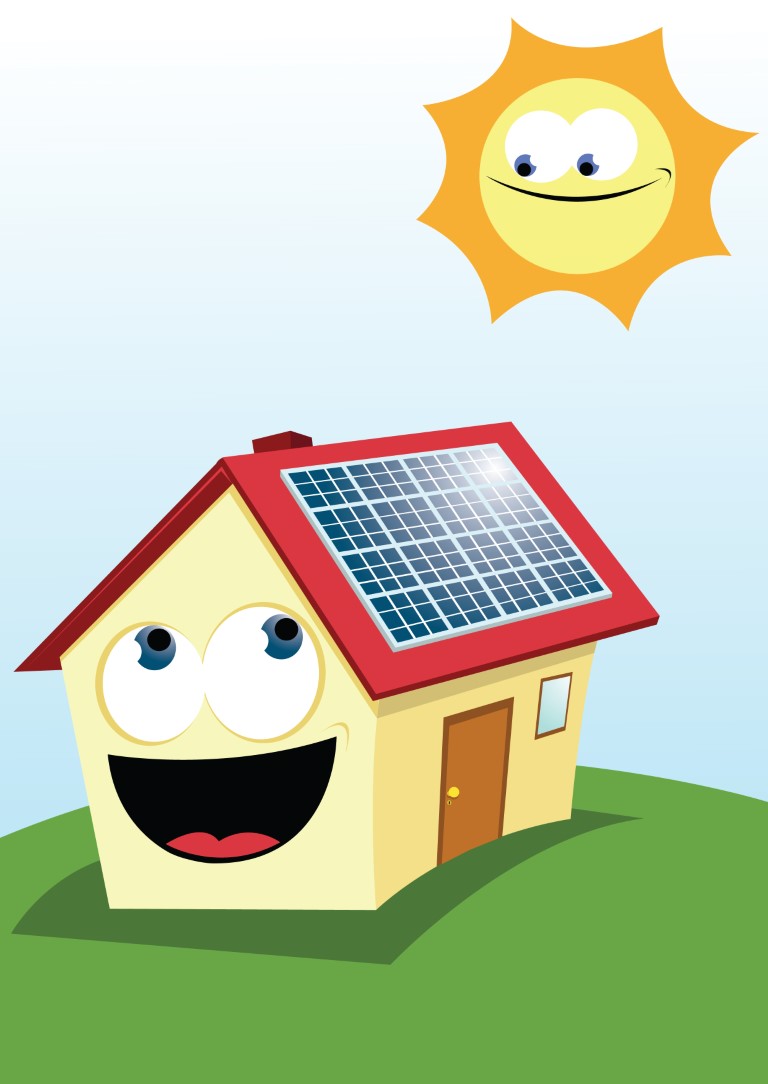 Happy Earth Day! It’s hard to believe, but this month is exactly four years since we got solar panels installed and activated.

I was nervous about taking the plunge. We got a $16,000 Home Equity Line of Credit (HELOC) to pay for the panels. That’s a lot of money. And though I thought I understood everything about solar panels, you never truly know what you don’t know. Finally, I never know if I can trust local contractors that I’ll save money – they are interested in getting the job and it would be impossible to hold them accountable if they stretched the truth.

Fortunately, everything went according to plan and we’ve been extremely happy. (Knock on wood.)

One very important thing to note is that government funding via state grants and federal tax credits paid for another $16,000. Obviously state grants are going to depend where you live. I did very quick/rough research and it seems like the 30% federal tax credit is still around for 2019, but then it starts to become less in 2020 and 2021 before disappearing for residences/homes.

In short, if you are thinking about solar power, now may be the last chance to get the best price.

Before I get into our personal financial experience with solar power, the benefits to the environment have to be mentioned. Even if it financially break-even, why not do something that helps the environment? To date, our dashboard says that our panels have accomplished the equivalent of planting 686 trees. Using metrics from the EPA, planting one tree offsets the same amount of CO2 as 55.3 kilowatt-hours of clean energy production.

Put another way, our panels have generated the equivalent of 12,640,541 AA batteries. My math could be off, but I think that’s around 668,822 pounds of batteries. It’s a good thing our house doesn’t run on AA batteries.

Calculating the Value of our Solar Power

You can call it 686 trees or 12.6 million batteries, but scientists would say we’ve generated 37.9 megawatt-hours in 4 years. Thanks to the wonders of the metric system, we can say it’s 37,900 kilowatt-hours or kWh.

The reason why we care about the kilowatt-hours measurement is because that’s the unit your electric bill uses. In Rhode Island it costs 11 cents to create one kWh and 10 cents to deliver it. The costs are broken down into more excruciating detail, but I’ll spare you. So overall, using a kWh costs $0.21.

That’s actually the most expensive electricity in the continental United States. (For some reason their numbers are 22.67 cents, which is different than my bill, but it’s close enough.) The average bill in Rhode Island is $203.35. Ouch!

Thus after a total of 9 years, we’ll save roughly $2000 a year. (That’s based on easy math of the $8000 we saved already over 4 years.) It will be more as electricity prices rise over time due to inflation.

Our panels are guaranteed to be ~95% efficient for 25 years. It doesn’t mean that they won’t last longer, but that’s just the guarantee. By the time that guarantee is up we’ll have 16 years of free electricity. With inflation our electricity would likely cost around $3200 by the end. I’ll conservatively estimate that the savings come out to around $2500 a year over those 16 years.

For a handful of days of research and another few for doing the work, that’s quite the return on investment. It’s a year’s worth of income for many people. While your state will likely be less of a savings, it doesn’t mean you shouldn’t do it.

If you are thinking about getting solar power yourself, here’s a quick guide I wrote. It’s hard to get too specific because each state has its own tax credits as well as it’s own costs of power. If energy is cheap in your state, it could be a poor financial decision to get solar power. That’s why it can still save us money even though Rhode Island is not known for being sunny.

Have you explored solar power? Let me know what you think in the comments.