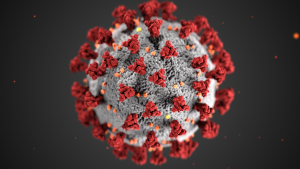 This is an article contributed by frequent writer Kosmo. Though it has less to do with money than a typical article, it’s worth making an exception.

Monday morning (December 13), my 14-year-old daughter had a temperature of 101.6. We had her tested for COVID and influenza A and B, just to be safe.

Monday evening, we got the COVID result back – it was positive.

We’ve been very cautious throughout the pandemic. My wife and I worked from home starting in March 2020 and didn’t return to the office until the summer of 2021. We had the kids do online school for the 2020-2021 academic year. They’re back in school this year, but the school has a mask policy, and it is followed without much pushback from parents or students.

We wear masks whenever we’re around strangers (or unvaccinated people), especially when it’s a situation where social distancing isn’t possible.

We limit our trips into retail stores by taking advantage of delivery services and curbside delivery.

We’re all vaccinated. My wife and I have both been boosted, my daughter had her shots earlier this year, and my 11-year-old son has his shots. My daughter’s last shot was six months ago since she’s not yet eligible for a booster. We wonder if her immunity has waned significantly during this time.

Although we haven’t done a lot of social activities during the pandemic, we’ve done some things lately. This weekend actually had quite a lot of activity.

On Friday night through Saturday morning, my daughter had a sleepover for a friend’s birthday. The four girls wore masks, except when they slept. We were concerned that my daughter was contagious (but asymptomatic) at the time and may have spread it to her friends. At this point, none of the friends have tested positive, to our great relief. We would have felt terrible if they had, even though there was no way we could have known that she was contagious.

On Saturday, we attended a “north pole” event an hour away from our home, as well as a Christmas light display that evening. This included riding a train a short distance. We were totally masked the entire time, except when we were in the car together. That was probably three hours of breathing each other’s air in a confined space.

The next day, I took my daughter for a driving lesson. She’s still quite tentative, but I was able to get her out on the open road (in the middle of nowhere) and she got her speed up to almost 55 mph. We also worked on some hills and town driving. Overall, a pretty productive lesson. Afterward, I drove to Target to grab a pickup order. I spent 90 minutes in the car right next to her, at a time where she was definitely contagious.

We’ve had my daughter in isolation since we got the test. She stays in her bedroom and one of the three bedrooms is now exclusively hers.

My daughter has been fairly content during her isolation. She has a TV to watch, her Chromebook to use, and lots of books to read. We have a box that we keep stocked with fluids and non-perishable foods. We deliver food to her room and mealtime and we’re using disposable plates and silverware. She simply throws the detritus into her trash can.

The first several “meals” were hot dogs, but she had a Pizza Hut personal pan pizza (beef) yesterday. She didn’t have much of an appetite for about the first thirty-six hours, but it has returned to normal.

There have also been noticeably fewer arguments between the kids since they aren’t in the same room. [Editor’s Note: During the last month, I’ve been using, “Different rooms, now!” several times a week for my kids. It works.]

Monday night, I was relaxing in my recliner when I realized that we might have a Christmas problem. I’m the person who does all the gift wrapping, and, more importantly, I know where everything is hidden. Christmas was twelve days away. If I got COVID and lost strength, we might not have presents wrapped in time for Christmas. After everyone else was in bed, I started wrapping. I had finished wrapping 85% of the gifts by 1:30 AM.

Tuesday morning, we got a call from the doctor’s office. Even though this call went very smoothly, it took about twenty-five minutes. It was the first in a long line of these calls for the nurse who contact us.

The rest of us had to get tested. My wife and son had been tested a couple of times before, due to exposure. This was my first test. Although the nasal test isn’t exactly painful, it’s quite uncomfortable. I was starting to wonder if the experience was ever going to end, but then it was done. It felt weird for a few more minutes and then was OK.

Technically, my employer’s protocol was to return to work if you’re fully vaccinated, even if you have a close contact exposure. My job mostly involves sitting behind a computer all day, so I touched base with my boss to say that I wanted to stay at home, out of an abundance of caution. The risk to my coworkers didn’t seem to be worth the benefit of me being in the office. He agreed.

That night, there was significant wind even in Iowa – extremely unusual for this time of year. Winds of 70+ mph and quite a few tornados. Anxiety was already high as we awaited the results. Would all three of us have COVID? None of us? If each of us had a mere 20% chance, that meant that there was as a (1-(.8^3)) chance that at least one of us would have it (using the somewhat flawed assumption that the probabilities were independent). That’s a 49% chance.

As we were watching the weather coverage, I got my result – negative.

Around 7:30, we moved to the basement due to a severe thunderstorm warning. Finally, with storms bearing down on us, my wife and son got their results – also negative.

Although my daughter had been in isolation, we had her come down to the basement with us, since the storms posed a threat to her physical safety. We were all masked, and she stayed in a separate area of the large family room.

How did this happen?

The key question we have is how this happened – where she could have caught COVID. The most likely answer is school. She takes a bus to school, is at school for eight hours every day, and then returns home on the bus. Since she’s in junior high, she’s moving to a different classroom for each class. That’s a lot of interaction with a lot of different people. Although there’s a mask policy that is followed very well, masks only reduce the transmission of the droplets that carry the virus, they don’t entirely prevent transmission.

At this point, my daughter has only had mild symptoms. Her temperature quickly returned to normal, and her primary symptoms have been congestion and tiredness. She has slept in until noon the last few days, but she was awake around ten this morning. She hasn’t had any weird side effects, such as losing the sense of taste or smell.

At this point, we’re hopeful that we’re just “running out the clock” on her isolation. We’ve had other family members who have had COVID. I have a sister who got COVID around Christmas last year and is just returning to normal. Another (fully vaccinated) sister got it recently and now frequently smells smoke.

The rest of us continue to remain symptom-free. We continue to wear masks around her and wipe down surfaces frequently.

In closing, I wish all of you a safe holiday season. There’s yet another variant making its rounds, and it will surely affect some of your families. I hope that anyone affected has only minor symptoms. Here’s a to 2022 that’s far better than 2020 or 2021!