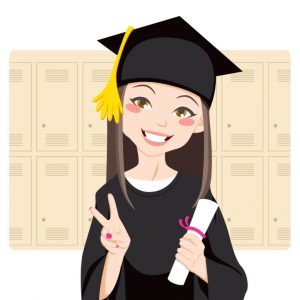 Today I’m looking for your opinions on one question. Please leave a comment with your thoughts.

David Spigarelli, The 529 Guy sent me a copy of his book: The 529 Handbook (affiliate link). Unfortunately, I’ve been so busy that I’m just a few pages in. I’m not new to 529 Plans having written choosing a 529 plan and 29 thoughts on 529 plans. I didn’t expect to learn too much, but I was wrong. I forgot that books often give you a deep analysis.

When looking at planning to pay for college, I concluded, college planning is impossible, but suggested that you do it anyway. You’ll never know what the costs are going to be. My 8-year-old is tracking to be an architect someday, and Rhode Island School of Design’s official estimated cost per year is $78,941. People rarely pay the sticker price, but it would be $320,000 for four years. Maybe he gets a free scholarship. Perhaps he goes somewhere else and gets a partial scholarship. There are endless options that make the cost appear somewhere between $0 and $320,000 a year.

Spigarelli’s book has some great advice on tackling this seemingly impossible puzzle. The idea is to break it down into pieces. So at 8-year-old, we’ve got about ten years to save. I will assume that our invested money grows 3% more than inflation. It may not seem like a great assumption with inflation right now, but we can’t use 2022’s 8% inflation and 25% drop in the market as the norm for every year. Instead, we’ll go with investments growing by 6% and inflation at 3%.

That exercise was a rough estimate. The money invested at the end of the ten years won’t have time to grow by 34%. We won’t choose to go to RISD if it’s the sticker price. We’ve got a number of other ways to plan our specific case of college expenses which include my wife’s GI bill. We also expect years of private school to give us more scholarship options. The GI bill alone should cut our total college bill in half. (It gets complicated, and it will do less if they both go to private schools, but this is the estimate we’ll go with.)

Let’s assume that we should instead save $2,000/mo. for college expenses. Awesome! We can get started on that, right?

Nope. We’ve got a problem.

Personal finance experts rarely universally agree on anything, but they seem to agree on one thing: You should always fund your retirement before a college fund. The reasoning is simple: You can’t take loans for your retirement. It makes sense, and I can’t disagree with it.

However, with that logic, very few people would ever fund a college fund. Retirement planning is a lot like planning for college costs. You can make some guesses, but life changes a lot. It’s possible to come up with a number and to even be on target with that number, but the percentage of people who do it is likely very low. I would guess it to be under 25%. To complicate matters further, college funds are typically used before retirement funds. I’m 46, and many people I went to high school with have kids in college. I can’t imagine many of them have fully funded their retirements.

Let’s take it even one step further. Those parents had their kids around age 28. (That’s a perfectly reasonable age to have kids, we were later, obviously.) It’s nearly impossible for a 28-year-old to reasonably save for retirement and college.

Finally, my question for the readers is, “If you are supposed to save for your retirement first, how do you ever get to saving for kids’ college?” I’m sure the easy answer is that you have to do both at the same time. However, if that’s the case, how do you divide the money between the two? Do you put 75% in retirement and 25% in college? Do you put 60% in college and 40% in retirement?