I am very late this month in posting the alternative income numbers for June. Usually it takes about a week to get the tenants checks cleared and mortgages paid, but the write up took right up into the weekend before the Black Friday Amazon Prime Day “holiday.”

June was a tremendous financial month for us. That will be the obvious takeaway when you read this alternative update and net worth data at the end.

However, before we get to the boring numbers, I thought I’d give a little breakdown of June. With the kids finishing up kindergarten and pre-kindergarten we had two weeks to fill before the start of summer camp.

We took one week to go our favorite staycation destination, Block Island. It has not only the smallest city in the smallest state, but you have to take a ferry or plane to get there. Unfortunately, it rained most of the time we were there. There isn’t much to do there when it rains. It was still great to get away from the monotony of the homefront.

The second week, I took the kid on a number of adventures. Sometimes it was local errands before their swim class. Other times, we drove the five minutes to the beach. When I was going through the pictures of the month, they were almost all kids from various fairs, bouncey houses, and their first sailing trip. Amazingly, we were still able to sit many dogs.

I’ll mix in some pictures from the month throughout this financial update, because some people find numbers boring. (But not you or you wouldn’t be here!)

I break our alternative income into 3 main sources that are largely represented in the passive income pyramid. I ignore the bottom section of career/job. I combine dog sitting and blogging into one section of “slightly active” income. I leave real estate and investment income as their own separate main souces of passive income.

The last month I reported, May, had a 33% drop-off in dog sitting income. I think that was just random bad luck. June jumped backed up to being our second best month of the year. It was second best by a small, small fraction. The summer months are popular when you live in a tourist area. 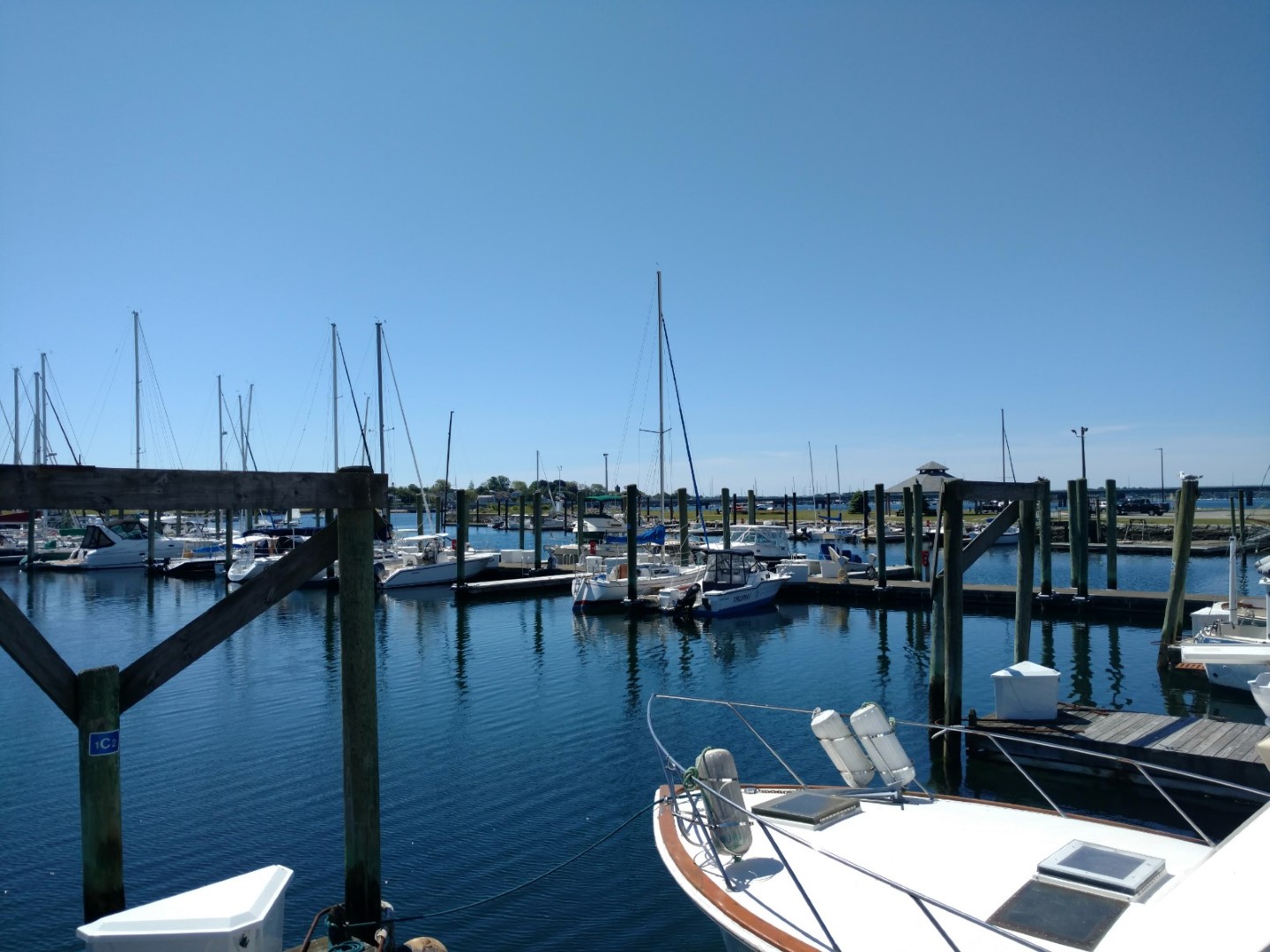 [The local Navy base was offering free sailing expeditions for military members, so we took advantage. I’ve forgotten a lot about sailing from the summer about 15 years ago. My wife remembered a lot more from her college days. The kids on their first sailing trip got to sail the boat and they loved it.]

Blogging income for June was a record for the year… but just by a tiny bit. Some months advertisers love me. I can’t depend on that, so that’s one reason why it’s great to be diversified across all these income streams.

That’s just a few dollars shy of the highest amount this year. This is really good for having spent nearly a week on vacation and having the kids at home with no school/camp options. 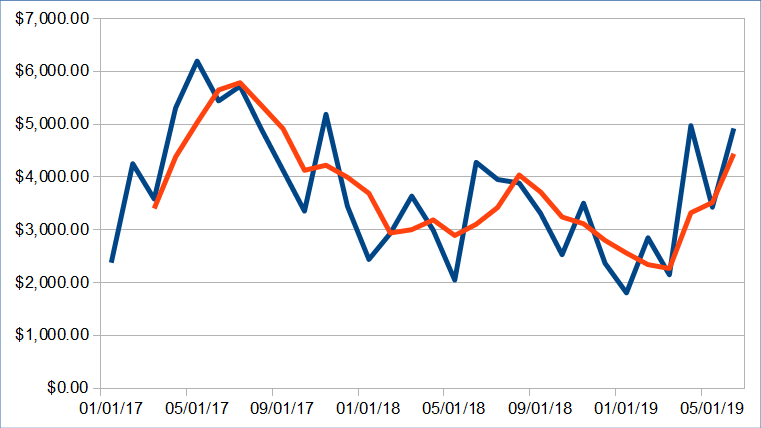 Zillow said our rental properties were worth a few thousand more than last month. As with every month, we paid off a couple thousand of mortgage debt. The combination leads to about $5,000 in equity. It is boring, but in a great, slow, and steady way.

We now have 56.53% of the equity in our properties with a combined rent of $3,325 after insurance, property taxes, condo fees, and estimated maintenance. I like to use that number, because it represents our net gain. 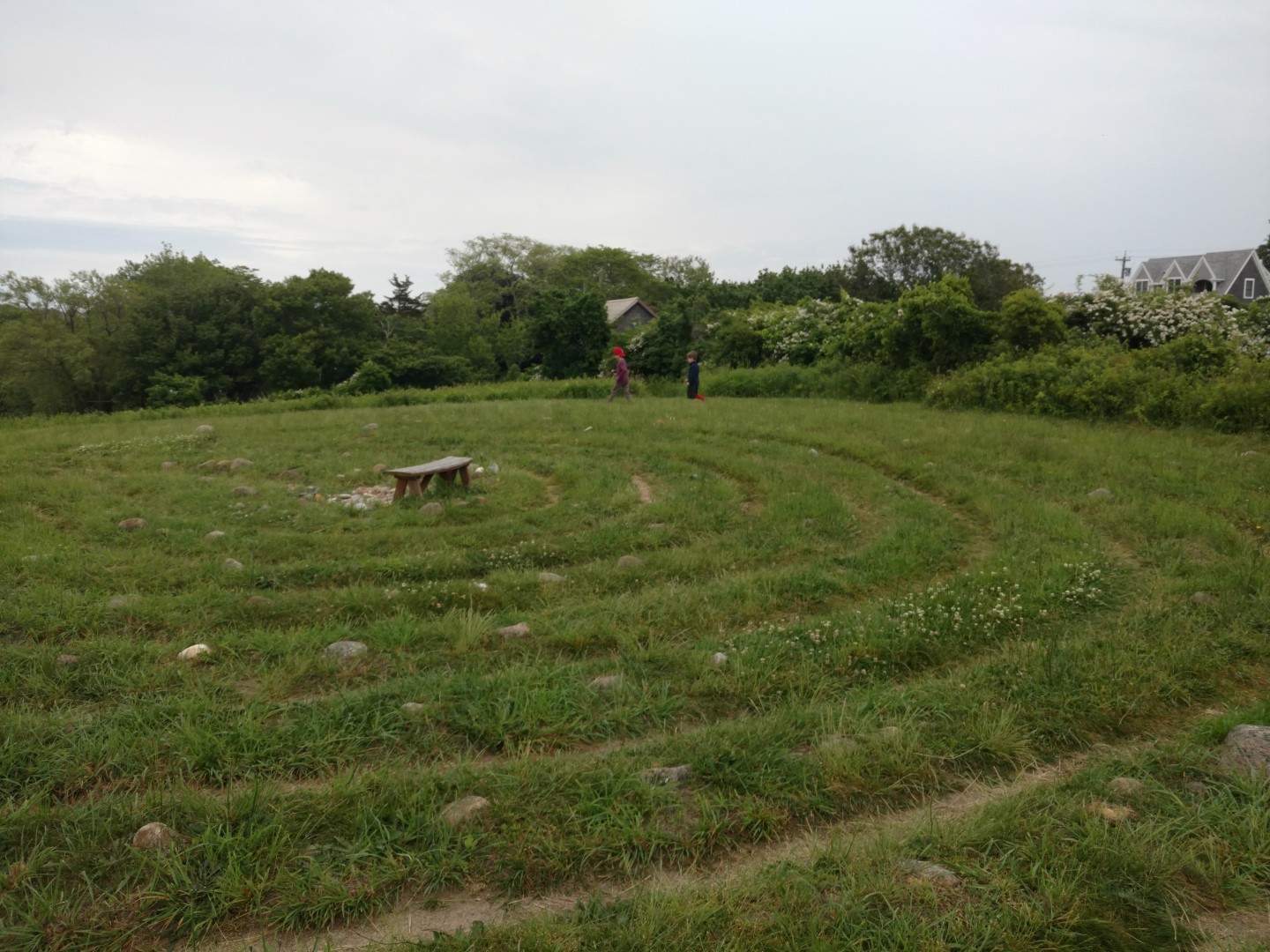 [Annual picture of our labyrinth walk at Block Island. The laybrinth is a circular path you follow that eventually brings you into the center. It’s hard to get a 5 and 6 year old to meditate on life, but fortunately no one else was there so we didn’t bother anyone.]

As the years march on, the ratio will grow to 100% of the $3,325 monthly inflation-resistant rent. That’s what gets us to that annual $40,000 income I mentioned in the FAQ mentioned at the beginning of the article.

In the previous report, the rental property income was $1,860. This number always moves slowly as it only changes if one of two things happen: 1) The properties go up in value. 2) We charge more for rent. Later this year, we should be able to raise the rents a bit. 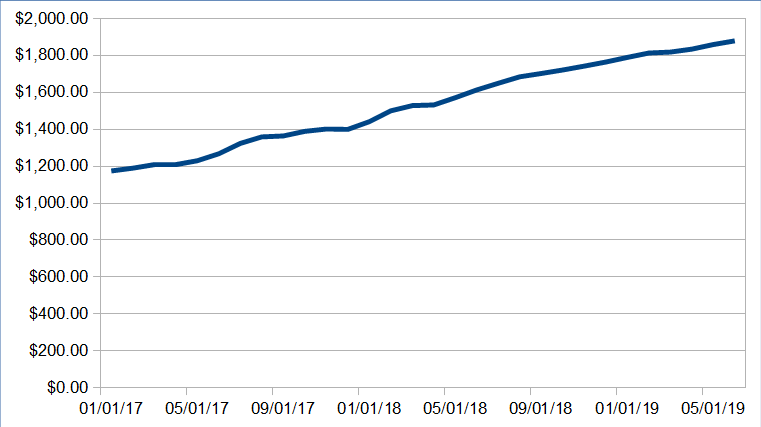 For the first time in four months, June was a break-out month for our portfolios. It’s also the first time over that span that the Tariff Man didn’t send the stock markets into shock. Those were just tiny blips on the radar and haven’t hurt the long-term trend yet.

For this section, I generally assume we’ll be able to make a 2.5% dividend yield on our holdings. That could be from a high-dividend ETF or from simply holding strong companies that have a long history of dividend growth. For that we’ll look at making passive income with dividend kings. I’ll get Sure Dividend’s newsletter (this link has a special coupon code if you are interested) to try to get closer to a 4% average dividend yield. 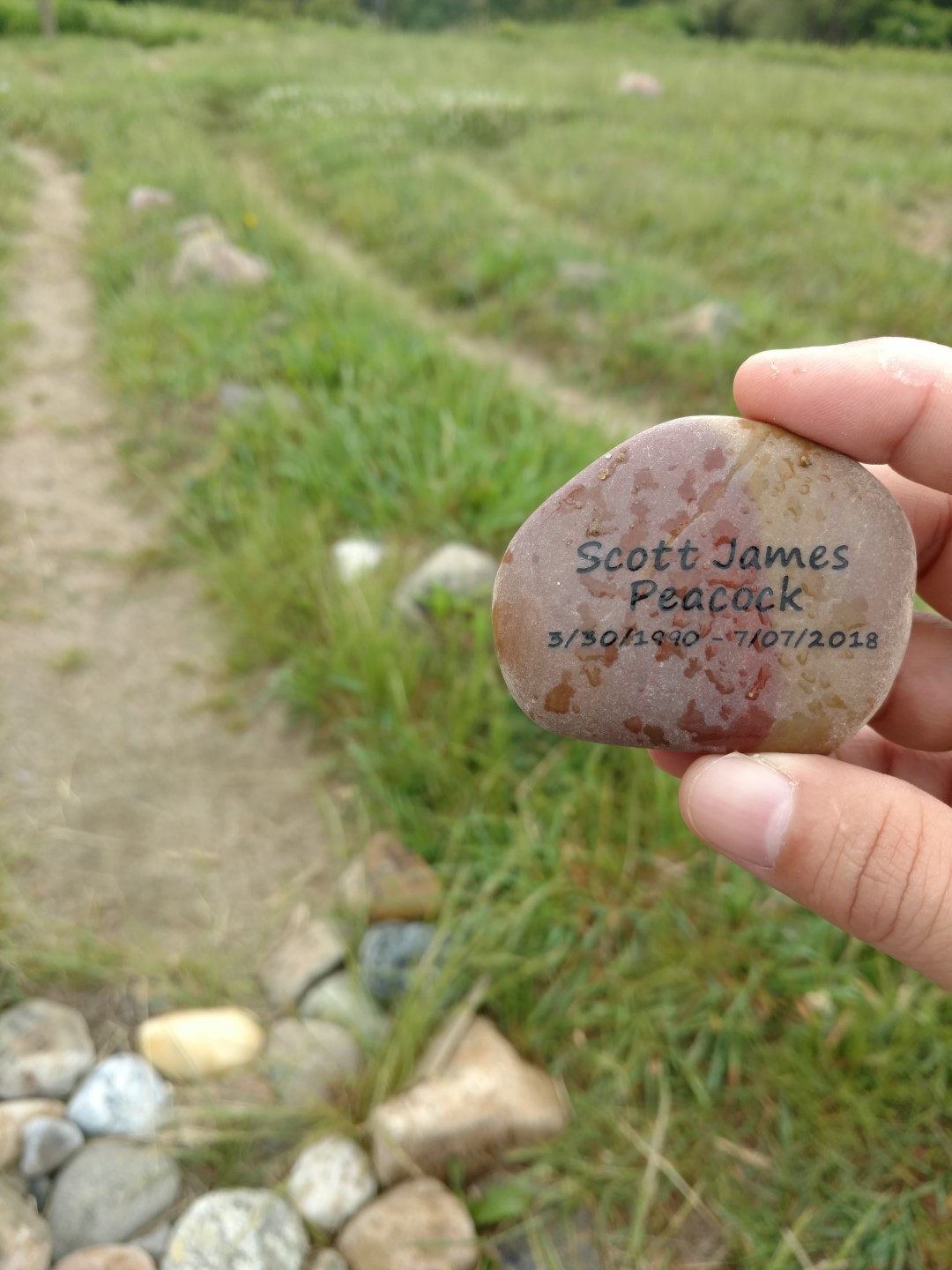 [At the center of the labyrinth was this rock memorializing Scott James Peacock. I don’t know him, except for what was in an unfortunate Google search. However, I can tell you that he was born on my 14th birthday and died on my 11th wedding anniversary.]

With this month’s growth we have a result of:

Our “very close to passive income” is a combination of rental property income and dividend income. If there were some royalty income from books, movies, or music, we’d include that here (but we don’t have that). 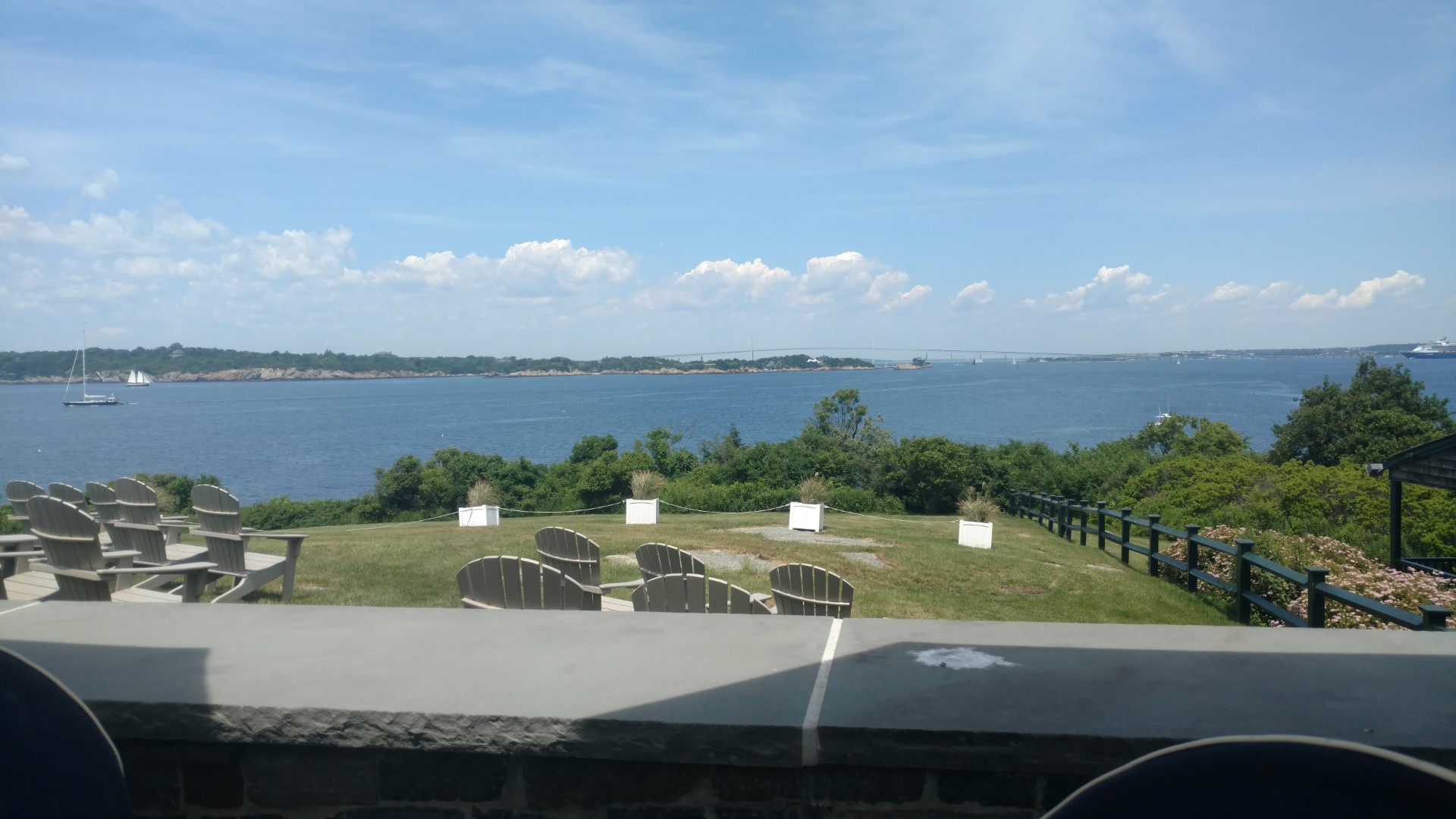 [My wife and I like to do a few lunches at the local Castle Hill restaurant. This is the view. If you saw the last season of How I Met Your Mother, the outside pictures of the wedding venue were of Castle Hill.]

Having both types of income working together for us is going great. The diversification gives me great confidence that we’ll be better prepared than most people in the case of an unfortunate event. We’ll still likely get rent checks if the stock market crashes. We’ll still get dividend checks if a tenant is late paying for awhile.

Last month it was $3,511, so it’s up $93. Another month, another record high. It has grown from a combined $2,354 in January 2017. Since then, this has gone from an estimated annual income of $28,252 from these two sources to $43,254. It’s worth noting that, once again, these are fudged numbers that aren’t “real” yet. However, I’m looking forward to 9 years from now when the mortgages on the investment properties are paid off. Add in stock market growth (of a conservative 4%) and this number could reach $85K/year or more… and that’s not selling off any stock. 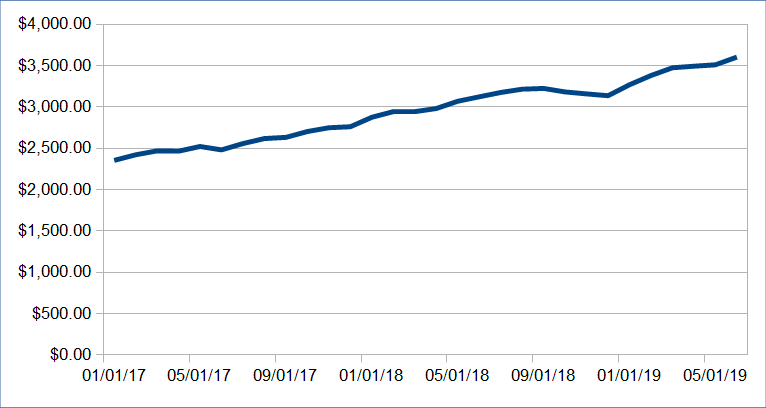 That’s just about a hundred dollars shy from our record back in May 2017. Sometimes dog sitting doesn’t go great and sometimes blogging doesn’t go great, but growing rental and investment income can cover a lot of the imperfections there. Annualized, the nearly $8528 in monthly income would be $102,335 for a whole year. I have been trying to get this number over $100,000. When everything goes right, like this month, I can get there. However, for the year it looks like we’re closer to landing the $80-85K range. 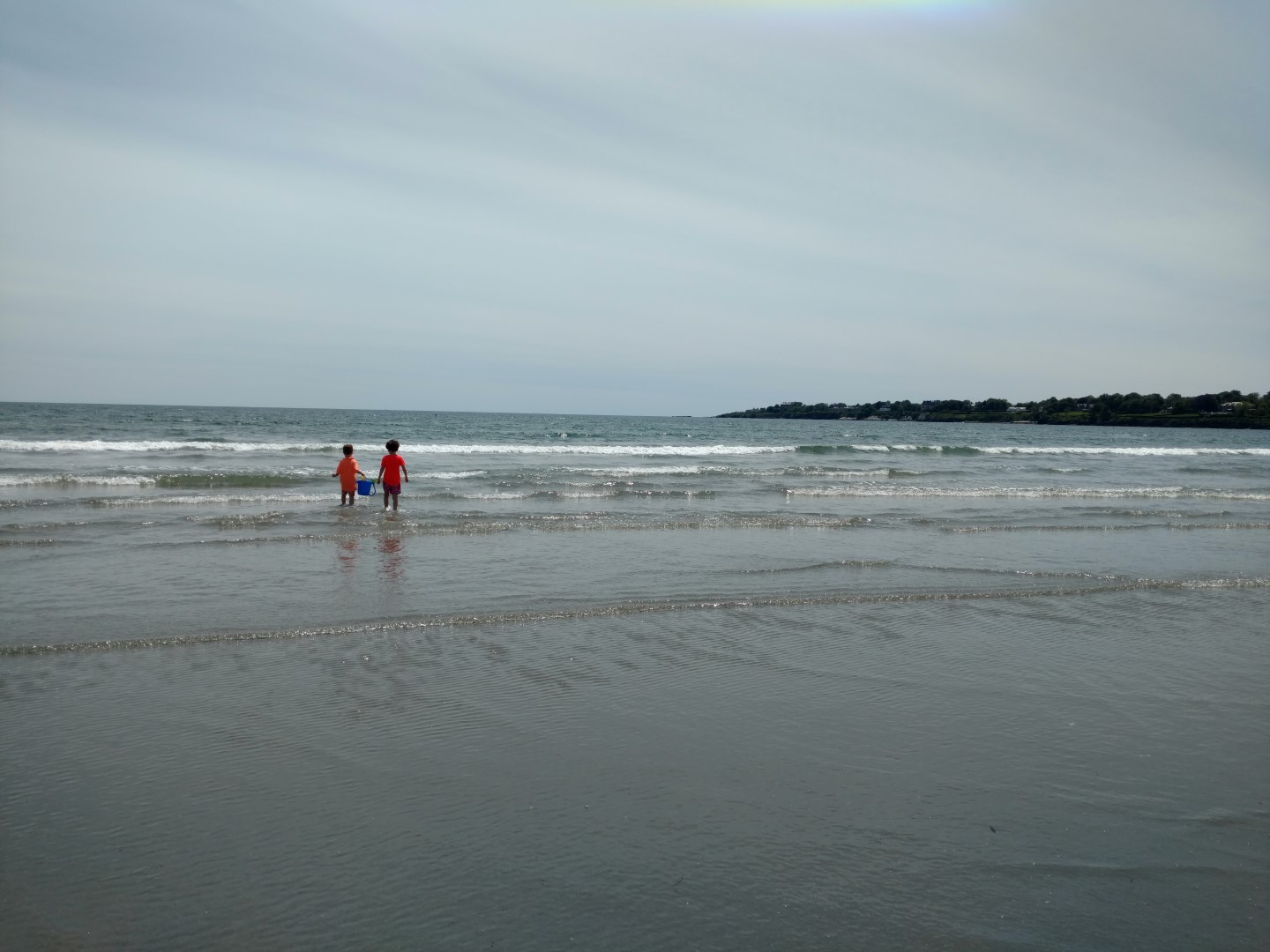 [With the kids off of school and my flexible work schedule, we got some good beach time in. This is Newport Rhode Island’s famous Easton’s Beach (better known as first beach).]

That largely hypothetical annual income for writing on a blog, taking care of dogs, and investments feels like a dream. In the long term, $80K+ would be a lot more income than we’d need. Here’s what our expenses for the next 45 years looks like.

None of the numbers here include my wife’s bread-winning pharmacist income, her vested military pension (more passive income), or some of the freelance work I’ve been doing over the last year.

As always, I’m still hoping to write a book someday. I’m probably going to tip my toe into self-publishing within the next year. I would love to talk to a real a publisher, but I don’t want to take on the “job” of writing. If you know someone who I could talk to contact me. 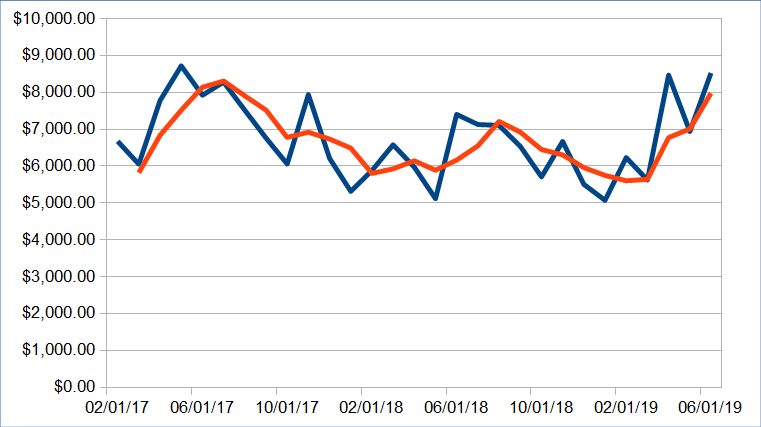 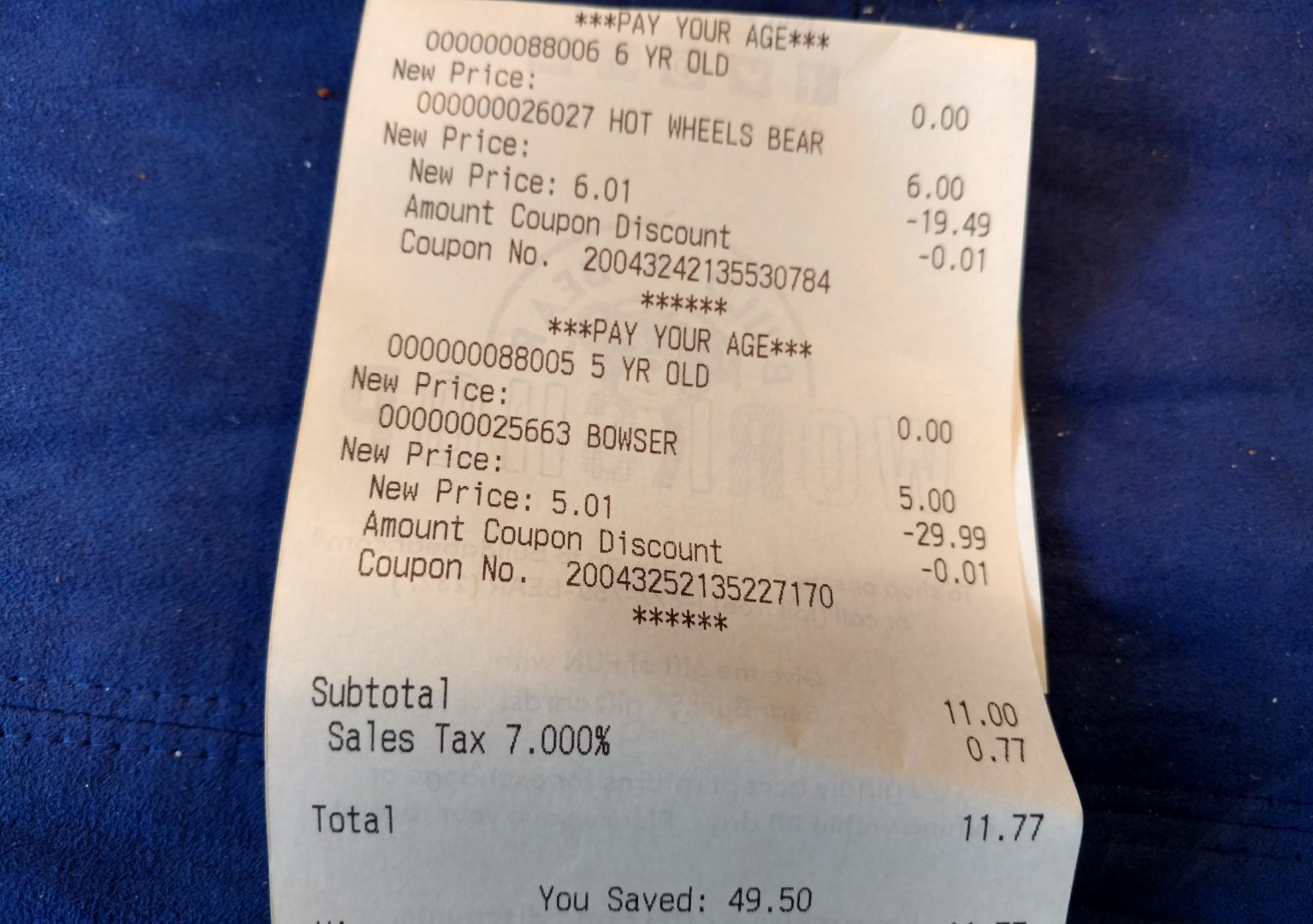 [Build-A-Bear’s Pay Your Age was a good deal for a 5 and 6 year old. I got lucky to avoid all the add-ons. Just one bear shirt was prices more than both bears. Unfortunately, Pokemon weren’t part of the promotion.]

I use Personal Capital to track my net worth and it makes everything easy. It’s free and you should give it a try. For full disclosure, I might make a few dollars if you do. For more full disclosure, I haven’t made a dollar from that suggestion this year so I’m just suggesting it because I’m getting rich off it.

With the stock market and the real estate markets going up, our net worth overall went up 2.54%. For the year it’s up 24.72%. A little more than half of that growth was from a large percentage of that was based on a website sale that I had at the beginning of the year. The rest has been simply investment gains. 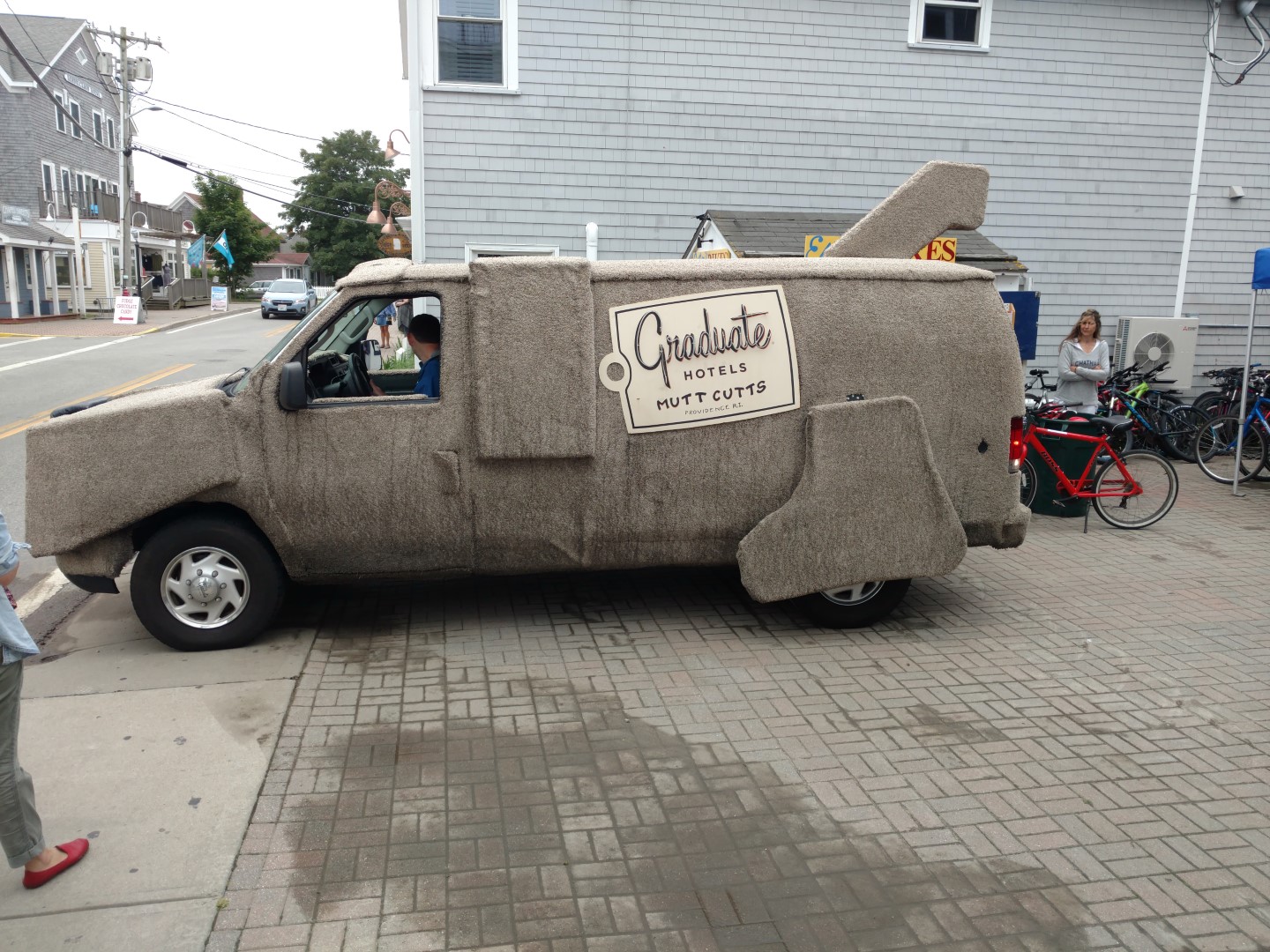 [We found a Dumb and Dumber truck on Block Island. I guess it travels the country and is a real business.]

How was your June? Let me know in the comments.