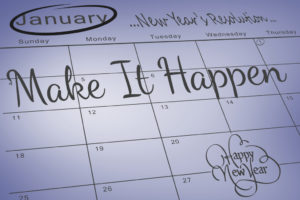 We’re solidly into 2020 now, most people have their resolutions set and are working on them. Last year, I didn’t get them done until late February. This year I’m already ahead of the game as I have most of them outlined.

Outlined is the operative word. I don’t them fully organized. Hopefully by the end of the month, I can put them into a pretty spreadsheet like Joe from Retire By 40 does. For now, I’m just happy to have several areas to work on and have them broken into months.

Here we go (in no particular order):

I have a lot of goals with this blog. I need to put more of a priority than I have on it over the last few years. I’m doing so much other stuff that it’s been difficult. I can be more efficient with my time. Here are some things I’m looking at:

With 14 years of blogging now, I’ve got a lot of old articles that frankly aren’t very good. Blogging in 2006 was about expressing an idea quickly. It wasn’t about having a fully polished article that you might read in a magazine. The idea was to get feedback and begin a discussion. Nowadays, this is happening on Twitter and Facebook. Blogging nowadays is about having a full polished article of more than 2000 words. Many of my articles in 2006-2007 were about 300-400 words.

A content audit is when a publisher goes back and looks at the old articles and says, “Is this still useful today? Is it polished? Can I make this better?” I need to do this with all my old articles. It would be very unusual if I didn’t learn anything over the last 14 years, so I should be able to make the articles better. One example of this is my article on investing in condo hotels.

For 2020, I’d like to pick one year each month and do a content audit on it. It’s a very aggressive goal to tackle a whole year of content in just one month, but anything is an improvement. Maybe in 2021, I do it all over again. With only 12 months to the year, I won’t get to the full 14 years of content, but the last year or two of content is modern enough.

Get Active in Social Media

I’m active on Twitter. I’d love to grow my 6,500 followers to 10,000, but I’m not actively researching how to do it. Maybe one month in 2020, I will look up ways to grow your Twitter account. That seems reasonable even if the research doesn’t lead to any action and nothing comes of it.

I’d prefer to learn more about Pinterest. I’ve outsourced my Pinterest account in the past, but it seems impossible to retain anyone. Also, it usually costs hundreds of dollars a month, and I’m not sure I’m able to get a return on that spending. I was hoping to hire someone who could guarantee me results or at least make it a significant part of the payment, but everyone rejected me. It seems that many Pinterest specialists don’t believe in themselves to drive traffic.

I’d also like to do more with Instagram and Facebook. I don’t do much with them now so this would be a low bar to reach.

Since there are about four services, I expect to spend a quarter of the year rotating through them month-to-month with my focus.

Other Lazy Man and Money Stuff

I need to do some design upgrades. I’m not sure how relevant my Feedburner number is considering it was shut down in 2012.

I also need to reach out to more bloggers to collaborate with them. I’ve already started on that with a few. My goal is to do something with 3-5 bloggers a month – hopefully a lot of new ones who I don’t necessarily talk to on social media.

Finally, I’d like to publish 100 articles here this year. That’s two a week, which will be difficult, especially if I’m guest posting on other sites. At Retireby40, Joe uses an academic system, where if he get 85 he’ll give himself a B. I think I’ll adopt the same here, because I don’t think I’ll get an A+ on this due to vacations and other life interruptions.

It wouldn’t be a New Year’s Resolution without something related to health, right?

This year, I’ve created a spreadsheet of several different healthy activities that I can do or could do. There a diet side with things like intermittent fasting, eat one low/no-carb meal, have one of my super protein shakes, etc. It’s any one thing that’s in my extreme diet. For the last several years I wouldn’t do any of them in a typical day, so if I can get one of them for most days, I’ll be doing well.

On the other side of the spreadsheet, I have a list of body/exercise items. They include things like running, weights, push-ups, and even brushing/flossing/flouriding. I count the teeth and the push-ups as half points. That way, even if it’s raining and I can’t make it to the gym, I should still be able to do push-ups and take awesome care of my teeth. Like the diet items above, I hadn’t been the best of doing this in 2019, so tracking and scoring points should motivate to do more.

Overall, I’d like to end 2020 having ran a 5K with a stretch goal of running 5 miles. I’d also like to lose 20-25 pounds to get my BMI in a healthy range. I had ballooned up over the holidays, but so far I’m down 5 pounds. Losing weight is always a difficult one, but hopefully my spreadsheet of diet and exercise keeps me accountable. That will also make it easier to run a 5K.

Last year, I aimed to declutter one area of the house each month. I was successful only half the time with this. Half is better than nothing and despite adding more stuff as we always seem to do, things are less cluttered than they were a year ago. That goal is the same this year.

In addition to that, I’m adding two more decluttering plans:

I’m still working on what I want to do for this section. The only thing I do know is that the Pomodoro Technique works well for me, but I struggle to keep using it. I want to measure how many days I can do it each month. If I can do it 20 times a month, it would be almost perfect since I wouldn’t use it on the weekends.

Usually, I have a bunch of things that I want the kids to learn. This year they are getting old enough to tell me what they want to do… and that they don’t want to do some things. The six year old is usually open to anything, while the 7 year old is starting to become very picky.

One of my goals is to stress more coding toys. I think we must own every robot or kids computer course by now. I think some of it is starting to work, but it’s a little slow going at this age. I was happy to find this Artie 3000 which teaches Logo, perfect for kids this age.

We’ll have to see what else we can do.

Since this website is all about money, you’d think I would have a lot of money goals. Unfortunately, I do not. Our savings are largely tied to the stock and real estate markets. I don’t think it makes sense to create a goal around something you can’t control.

We’ll do the usual saving and investing like we do every year. That’s not much of a goal since it’s been on autopilot for so long.

This year, I’d like to get an estate plan and all the documents that go with it together. I’ve tried to do this in the past, but I ran into blockers that didn’t make it possible. (I’m not going to get into specifics of why.)

One money goal is to make $75,000 working from home. I came close to that in 2019, falling just 10-20% short. Maybe I can find one more freelancing gig or something else that I can monetize. That’s a reasonable goal, right?

Every year, I have a few long term projects of things that I’d like to do. I have quite a few things that I think are interesting, but none that excite me. That means it’s going to be difficult for me to prioritize them. However, here are a few and hopefully, I can put more thought into this by the first report in February.

There’s a lot here, more than enough to keep me busy for a year. I’m not sure how it’s going to go, but I’m banking on the monthly updates keeping me going.

So far, I’ve done well on most of the health goals this year, but I’ve fallen behind on everything else. I think it may be because I have that part of my spreadsheet set up and little else. The accountability is easy. We haven’t had a day yet this year where someone in the house wasn’t sick, so my schedule has been off.